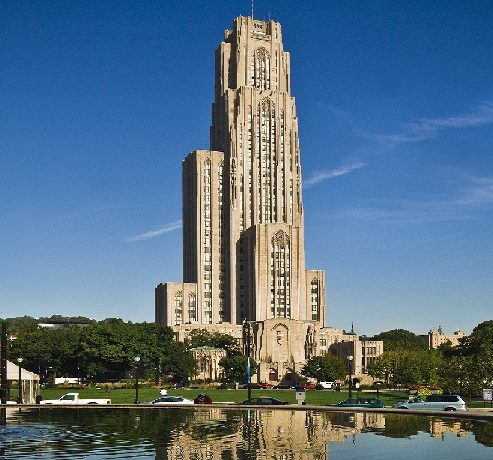 For the fifth year running, Stanford University tops Reuters’ ranking of the World’s Most Innovative Universities, a list that identifies and ranks the educational institutions doing the most to advance science, invent new technologies and power new markets and industries.

Stanford holds onto its top spot year after year because it produces a steady stream of innovations that are cited by other researchers in academia and private industry. That sort of influence is a key measure of the ranking of the world’s most innovative universities, which was compiled in partnership with Clarivate Analytics, and is based on proprietary data and analysis including patent filings and research paper citations. The Hoover Tower rises above Stanford University.Photo by Reuters/Noah Berger

Stanford isn’t the only major university holding fast to its spot on the ranking. In fact, the top three universities on the list — No. 2 is MIT and No. 3, Harvard— have all held their spots for five straight years, as long as Reuters has produced the ranking. In fact, eight of last year’s 10 highest-ranked universities remained in the top 10, and 18 of the top 20. The results show that while inventors are often portrayed as iconoclasts, innovation relies on strong institutions. It’s not enough to come up with a new idea: Success depends on getting help to patent, publish, produce and market.

The highest-ranked university outside the U.S., Belgium’s KU Leuven (#7), is a nearly 600-year-old institution that maintains one of the largest independent research and development organizations on the planet. The highest-ranked university in Asia is Pohang University of Science & Technology, or POSTECH (#12), an institution founded in 1986 by the South Korean steel company POSCO and noted for its unique ties to industry.

NUMBER OF UNIVERSITIES IN REUTERS TOP 100 BY COUNTRY

In terms of national performance, France shows the biggest improvement this year, with all its universities making big gains, including new entrants Aix-Marseille University (#96) and Sorbonne University (#56). France has extensively restructured its higher education system over the past few years, combining smaller institutions, and the efforts seem to have paid off. In contrast, Japanese universities continue to lose ground on the global ranking: Three Japanese universities dropped off the list in 2019, and the institutions that remained fell an average of 16 places. While Japan has traditionally been a research powerhouse in the Asia Pacific region, its universities rely heavily on government spending, and decades of deflation and economic stagnation have resulted in less money for research and fewer innovations.

Careful observers might note a few differences between how non-U.S. institutions rank on Reuters’ regional innovation lists, Asia’s Most Innovative Universities and Europe’s Most Innovative Universities, and how they rank on the global list. An institution’s relative ranking may change from list to list, since each ranking is dependent on summarizing 10 indicators and comparing that with others in a specific population; when that population changes, individual rankings might change as well. Furthermore, the global list is restricted to institutions that filed 70 or more patents with the World Intellectual Property Organization during the five-year period examined by Thomson Reuters. The cutoff for regional lists is just 50 patents, allowing a more in-depth view of the most active institutions within a limited geographic area.

The relative ranking of any university — or whether it appears on the list at all — is not the final word on whether its researchers are doing important work. The ranking measures innovation on an institutional level, but absence from the list doesn’t indicate an institution is failing to innovate; a university might rank low for overall innovation, but still operate one of the world’s best high energy physics labs, for instance. And it’s important to note that whether they’re in the top five or bottom five, all 100 universities in this ranking are among the best in the world. All of these universities produce original research, create useful technology and stimulate the global economy.

TAKE A LOOK AT THE FULL RANKING BELOW 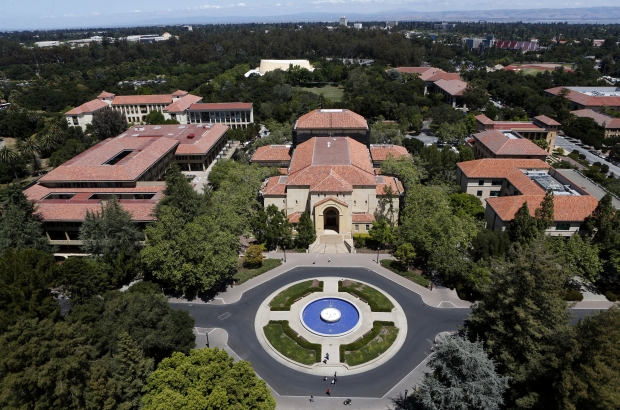 Stanford University takes first place on Reuters’ list of the World’s Most Innovative Universities for the fifth consecutive year. The university has locked down the top spot by consistently producing new patents and papers that influence researchers around the globe.

Recent research highlights include the development of a new generation of batteries that can harness energy from the mingling of saltwater and freshwater. The technology, known as “blue energy,” relies on flows of fresh and salt water alternately stripping and depositing sodium and chloride ions from electrodes, and could be particularly useful in coastal wastewater treatment plants, making them entirely energy-independent. Elsewhere at the university, in September 2019 Stanford announced plans to convert an existing 92,000-square-foot facility to a life sciences incubator dedicated to supporting entrepreneurs in the development of new therapies and cures for critical diseases. The project is intended to eventually anchor an 85-acre “life science district” within the Stanford Research Park.

Located in the heart of California’s Silicon Valley, Stanford University has played a key role in the development of our networked world. In the early 1970s, Stanford professor Vint Cerf co-designed the TCP/IP protocols that became the basic communication standard for the Internet, and in 1991, physicists at the Stanford Linear Accelerator Center deployed the first world wide web server outside of Europe. The university’s faculty and alumni have founded major tech companies including Google, Hewlett-Packard and Cisco Systems. A 2012 study by the university estimated that companies formed by Stanford entrepreneurs generate so much revenue that if they formed an independent nation, it would rank among the 10 largest economies in the world. Stanford University was founded in 1891 by California senator and railway magnate Leland Stanford in honor of his deceased son, with the promise that “the children of California shall be our children.”

Indicator of how often basic research originating at an institution has influenced commercial R&D activity, as measured by academic papers cited in patent filings. Higher scores are better.