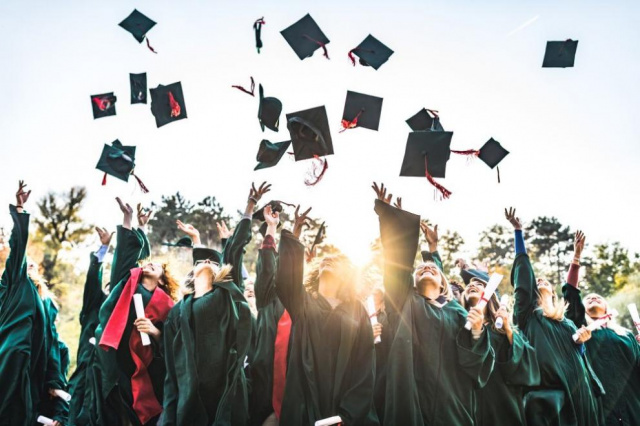 Vulnerable international students in Victoria have faced administrative delays when accessing the AUD$45 million emergency fund, according to the CEO of the International Education Association of Australia. Meanwhile, a retail voucher scheme meant as a stopgap measure in Melbourne has been closed due to “overwhelming demand”.

About Will Nott
Will trained as a journalist at News Associates after studying English Literature at the University of Warwick. He has worked for the Daily Express, VICE and Newsquest where he was a reporter on the Bromley News Shopper. Will has also worked in online TV, where he directed documentaries. He was awarded a Malcolm Bradbury scholarship to study Creative Writing at the University of East Anglia. When not working, Will enjoys reading, writing, cooking and trips to Cornwall.
The voucher program was capped at 1,000 vouchers, but after 36 hours it had received 17,000 applications

The International Student Emergency Relief Fund was announced over a month ago by the Victorian government and promised individual international students a relief payment of up to $1,100 each.

“There is still a degree of confusion in the grants implementation”

It is meant for international students who have lost their job or had a significant reduction in their employment and are facing financial hardship as a result of Covid-19.

However, Phil Honeywood, CEO of the IEAA, told The PIE News that international students in Victoria have not been able to access this money.

Honeywood said that “there is still a degree of confusion in the implementation of the grant” and that students aren’t receiving funds because of administrative delays.

By contrast, students enrolled at a private education provider will not have to receive any hardship funding from their institution.

A spokesperson for the Victorian government’s Department of Jobs, Precincts and Regions told The PIE that applications for the International Student Relief Fund opened on 19 May and successful applicants have begun receiving payments of up to $1,100.

They confirmed that, at the time of writing, more than $3.6m has been paid to over 3,300 students through the fund, and the rollout of payments is continuing.

There are currently more than 150,000 international students in Victoria.

“The fund will help up to 40,000 students who find themselves in exceptional hardship due to lost employment as a result of the coronavirus pandemic,”  the spokesperson said.

According to Honeywood, however, the delays have led the City of Melbourne to offer international students $200 each in shopping vouchers as a stopgap measure.

The “Our Shout” retail voucher program was capped at 1,000 vouchers, but after 36 hours it had received 17,000 applications.

Thousands of international students were seen lining the streets up to Melbourne Town Hall to receive the vouchers.

The AGE reported that while the voucher program was meant to have cost $200,000, the high demand means it will cost upwards of $2m. It has now been announced that submissions for the scheme are now closed because of “overwhelming demand”.

Honeywood told The PIE that Australia’s Federal government has not supported either the creation of a National Hardship Fund or access to welfare programs for unemployed international students.

Instead, it has created a $100m Community Support Fund, which has to be shared with approximately two million temporary visa non resident holders – 500,000 of whom are international students.

“This has resulted in a ‘patchwork quilt’ situation where some of our state governments have focussed on emergency accommodation support and others on cash grants,” he said.

“In all of this, a lot of the heavy lifting has been left to education providers supporting their own international students where possible.”

IEAA has been monitoring state and territory measures to support international students and is calling for a more joined-up approach from the Federal government.

In recent weeks, sector stakeholders have welcomed a range of measures to help struggling international students in Australia, while Universities Australia warned that AUD$16bn in revenue between now and 2023 could be lost as a result of the crisis.