HomeuniversitiesBiggest drop in college enrolment in half a century
universities 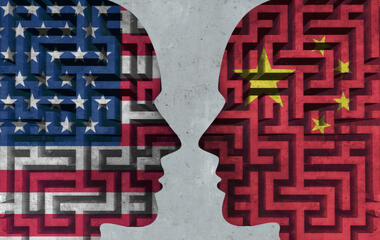 “American colleges and universities are experiencing the largest drop in enrolment in half a century,” said Doug Shapiro, executive director of the Virginia-based National Student Clearinghouse (NSC) Research Center, as he presented the organisation’s latest update on higher education enrolment.

The drop can be seen across almost every sector. Undergraduate enrolment declined another 3.2% over last year’s similar decline, meaning there are 6.6% fewer freshmen on the nation’s campuses.

“Far from filling the hole of last year’s enrolment declines, we are still digging deeper. A year and a half into the COVID-19 pandemic, we continue to see significant nationwide declines in undergraduate students,” says Shapiro.

After a 7.8% decline in the fall of 2020, the number of international graduate students grew by 13.1%. Though the NSC Research Center’s data did not allow her to explain this difference definitively, Dr Mikyung Ryu, director of research publications at the NSC Research Center, attributes this rise to both the leniency universities showed about when graduate students had to report to campus because of travel disruptions and the financial aid and scholarships they offered.

Undergraduate international enrolment, by contrast, continued to decline. The latest 8.2% drop followed last year’s 12% year-over-year decline. Shapiro attributed this drop to both pandemic-required travel restrictions and the fact that the United States is seen as less welcoming of international students than previously.

In contrast to last year, when men forgoing higher education was higher than it was for women, 11.8% to 7.9%, this year the greater drop was among women: 4.8% to 2.6%. Admissions offices might be relieved that this year’s cumulative drop in freshmen was only one-third of last year’s (3.1% as compared with 9.5%). But the report cautions that this figure is far from what “would have been required to restore the losses from 2020’s entering class”.

As was the case last year, the greatest losses occurred at the community college level. In addition to offering technical training and graduate certificates, community colleges are also a gateway to four-year institutions.

A few months ago California became only the latest state to begin work on a more seamless pathway that would see students (many of whom are academically weaker) take two years of courses at community colleges and then transfer to one of the state’s universities. Usually called a 2+2 programme, universities give credit for the courses taken at a community college, thus allowing graduation in the normal four years.

This continued decline in community college enrolment is something of a surprise because traditionally enrolment in these colleges is counter-cyclical, meaning that it rises during recessions when the low-paying, often manual skill jobs these students do are more difficult to find.

“These are the students,” says Shapiro, “who would normally be enrolling in droves during a recession. And then we would expect them to go back to work as the job market improves. This time, it’s like the entire crest of that wave got swallowed up by the pandemic,” says Shapiro.

Across all sectors, while all racial or ethnic demographics have seen declines, the sharpest decline is among black students, 11.1% over two years versus 10.6% for white students. The drop for students of Latinx and Asian backgrounds over the period is 5.1% and 5.5%, respectively.

“The smaller declines among Latinx and Asian students,” Shapiro told University World News, “are likely because those underlying populations are the fastest growing.”

Gap year not the cause

The expectation voiced by some analysts that students took the 2020-21 year as a gap year proved true only for the nation’s elite private four-year schools, such as Harvard, Princeton and Stanford universities, as well as colleges such as Smith, Wesleyan, Haverford and Swarthmore.

After experiencing an 8.7% drop during the first year of the COVID crisis (likely caused by the shift to online learning), these schools saw an 11.7% increase in enrolment this past fall. Thus, over the past two years, this sector has actually grown 2%.

Very competitive four-year institutions, the next level down on the NSC Research Center’s league table, grew 2.9% between 2020 and 2021. This was, however, not enough to erase the 7.6% drop these institutions suffered the previous year.

Both Ryu and Shapiro were surprised by the figures for the nation’s flagship state universities, a category that includes the University of Michigan at Ann Arbor and the University of California, Berkeley. “The flagship (state) institutions are still running 4% to 4.4% below 2019 enrolments,” says Ryu.

The rest of the state systems are faring even more poorly. “The less selective or broad access public institutions, those that typically serve rural students on regional campuses, are declining the most at 8% over two years. They declined 5.2%, which is almost twice as steep as last year, so things are getting worse for them.”

For the second year in a row, the humanities suffered a significant decline, 3.2% on top of the 5.8% reported last year. Engineering also saw a decline, bringing its drop to 4.9% since the pandemic began.

In 2020, when doctors and especially nurses were hailed as COVID warriors and people stood outside hospitals clapping for them or on balconies clanging pots for them, the health sciences grew by 2.5%. By contrast, since hospitals became ground zero for mask mandates and debates over vaccines, the percent of students enrolling in the health sciences fell by 3.3%.

Over the past several months, University World News has reported on the consolidation of Pennsylvania’s state university system, which follows similar actions in states like Wisconsin and the restructuring of institutions like Ohio Wesleyan University.

These were necessitated by the “demographic cliff” represented by the fact that by 2024, there will be 500,000 fewer students each year in the college- and university-aged cohort.

The hardest hit areas are expected to be the Upper Midwest. The NSC Research Center’s figures show that an enrolment crisis has already arrived in states like Minnesota, which saw a decline of 5% this past year on top of the 5% recorded last year. Ohio’s 2020 decline of 2.8% increased to a decline of 3.5% this year.

The states with the largest number of colleges and universities, New York, California, Florida and Texas, have each seen further declines in the numbers of students. Undergraduate enrolment in New York fell 5.8% this year after falling 3.9% a year earlier. California’s figures for the same periods are -4.0% and -6.4%. Florida fell 2.8% in 2020 and another 2.6% this year. Texas recorded the smallest drops, 1.9% and 1.1%.

I closed my interview with Shapiro by asking two questions. The first concerned the longer-term impact on those who did not become students over the past two years.

“Particularly for undergraduate students and students from low-income and disadvantaged families, these declines raise very real concerns about whether the students who have been opting out of college these past two years will be able to return and start building the skills and earning credentials they will need in future workforce,” he says.

The second question concerned what this drop in enrolment could mean for colleges and universities in the future.

“I think this will be very difficult for smaller and regional campuses, particularly among public institutions and community colleges in many states. These enrolment drops have serious implications for their viability,” Shapiro told University World News.