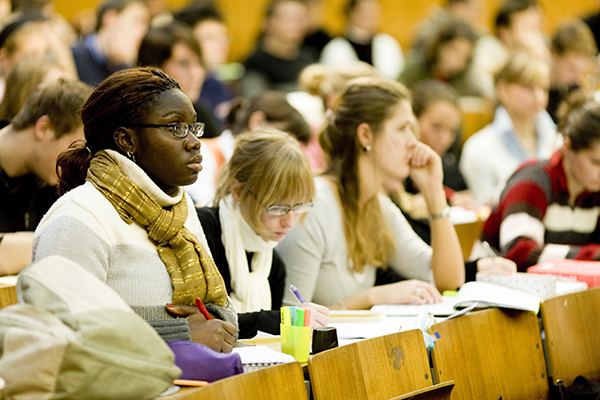 Next week will mark the fifth World Access to Higher Education Day (WAHED). It may also be the last. Over the past five years, with few resources, the National Education Opportunities Network – the organisation supporting equitable access and success in higher education in the United Kingdom – has convened WAHED.

Since 2018, over 1,000 organisations have participated in our online events or led activities of their own to raise awareness of inequalities in higher education access and success.

However, as much as there is genuine concern across the world regarding the extent to which these inequalities are endemic to higher education systems, resources and commitment to address these problems are in shorter supply. Our efforts to put WAHED on a more sustainable footing have thus far proved unsuccessful as universities have found it difficult as yet to commit to joining our new World Access to Higher Education Network.

A wider set of challenges

The difficulties we have faced in trying to rally support for international dialogue and action are just one part of a wider set of challenges facing equity in higher education.

This year’s WAHED marks the launch of a new report titled The Equity Crisis: Higher education access and success to 2030. It draws together analysis of the available data on higher education participation by proxy measures of socio-economic background from across different countries together with findings from a major global survey of universities and other organisations and focus groups with over 100 leaders in the field of equity.

The report asks whether UNESCO’s global goal 4.3 – eliminating inequalities in access to tertiary education by 2030 – can be achieved. It argues that this is highly unlikely – at least where participation by socio-economic background is concerned.

This matters because differences by socio-economic background are the defining aspect of inequality. As important as gender is, which is where UNESCO have framed this goal in terms of metrics so far, if socio-economic inequalities are not prioritised, then higher education can never claim to be equal.

The data included in the report shows only gradual progress where closing gaps in participation across the world between richer and poorer groups is concerned. In some of the larger systems, such as India and the US in particular, these gaps are increasing.

This is also the prediction from the respondents in the survey undertaken for this report, with over 90% thinking that participation, degree attainment and graduate employment for equity priority groups will decline by 2025. The majority also reported falls in participation and success since 2020 because of the pandemic.

There are examples of innovative work going on to try and reverse these trends, which came through the focus groups. This includes the work of the University of the Free State in South Africa using data-led approaches to enabling student success and the work of Banco Santander through its Santander Universities programme.

However, unless this kind of work can be scaled and backed by financial commitment from governments and policy-makers, then the picture looks bleak.

There are also efforts underway to pull together collective commitments, for example, through the work of the European Commission, which is developing indicators for policy and practice engagement across member states, and that of the UNESCO International Institute for Higher Education in Latin America and the Caribbean which is also leading work to advocate for a right to higher education across their region.

An uphill challenges becomes a crisis

Despite these efforts, commitments to tackling inequalities in participation and success across the world are tiny compared to the importance placed on practically all other aspects of the global higher education agenda, from internationalisation to research and administration. It is this lack of commitment that makes what has always been an uphill challenge a crisis.

The report also includes an overview of the most recent work looking at higher education equity policy. The Global Equity Policy Map on the WAHED website holds information on over 100 countries, of which less than 20% have specific policies on equitable access and success.

Whether it was a result of the pandemic or the belated global awakening to the unfolding climate crisis, higher education is waking up to its responsibilities where sustainability is concerned.

If recent global events such as the UNESCO World Higher Education Conference in 2022 are a sign, then there does appear to be genuine desire to see higher education as a transformative force engaged in the global questions of our time – including inequality.

It cannot do this, though, until it engages with its own inequalities. A failure to do so will not only deny millions of students with the aptitude and ability to benefit from higher education the chance to do so, it will foster resentment regarding higher education itself. Higher education provides the gateway for better paid, more interesting jobs.

As the competition for opportunities becomes more intense in the coming years, the question of why they are reserved only for graduates will be asked more often. As has happened in the US and the UK, higher education risks being seen as a closed shop, reducing opportunity for the broader population rather than extending it.

If and when this happens, then the equity crisis becomes more than just an issue affecting one part of what higher education does but its whole proposition to governments and electorates.

The irony is, of course, that if this does happen, universities may suddenly discover the commitment to equity that is missing at present. Let’s hope it does not come to this and that we can build on the work identified in our new report and act now before, for many potential university students and perhaps higher education itself, it is too late.