As Australia’s university sector continues to struggle, Thomson says they are committed to international students and maintaining a positive relationship with China. Photograph: Bloomberg/Bloomberg via Getty Images

Senior government ministers have rejected China’s suggestion that international students are unsafe in Australia, as the university sector complains it has been targeted by “unjustified” criticism.

The Group of Eight universities chief executive, Vicki Thomson, labelled the warning about Australia “disappointing” and “demonstrably untrue” – while the multicultural affairs minister, Alan Tudge, has suggested the ethnicity of participants on hit reality TV show Masterchef proves Australia is a harmonious society.

On Tuesday, China’s ministry of education warned students to reconsider going to Australia because of a string of “incidents of discrimination” targeting people of Asian descent.

The warning was interpreted as the latest instalment in a war of words between China and Australia, prompted by Australia’s call for an international investigation into the origins of Covid-19, in line with the call by China’s ambassador to Australia, Jingye Cheng, to boycott Australian goods. 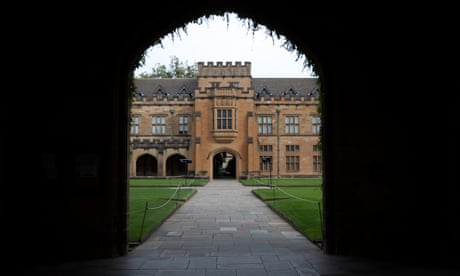 Nevertheless, there have been numerous reports of people of Asian appearance experiencing racism in Australia during the Covid-19 pandemic. One survey by the community group Asian Australian Alliance recorded 178 incidents in two weeks.

The education minister, Dan Tehan, said in a statement that Australia “rejects China’s assertions that Australia is an unsafe destination for international students”.

The trade minister, Simon Birmingham, denied that there was an increase in racist attacks against Chinese students, noting that official statistics are “widely reported” on such matters.

“Australia is country that holds ourself to an incredibly high standard,” he told 2GB Radio. “[We have a] far higher standard than most other nations and where racism occurs, it’s condemned.”

Tudge conceded there had been “high profile” cases of incidents against people of Asian appearance, but dismissed them as the “actions of a tiny minority of cowardly idiots”.

“The vast majority of Australians would be appalled and would call it out,” he told Sky News. “99.99% of Australians are as disgusted as I am, the prime minister or anyone else is – it’s not the Australian way and I don’t think it is by any stretch of the imagination the Australian norm.”

Tudge also noted one judge on Masterchef, Melissa Leong – whose family is from Singapore – is ethnically Chinese and several contestants on the 12th season Back to Win are Asian Australians.

“Even when you look at pop culture, some of the most successful and popular people have got a more diverse background, such as on MasterChef at the moment, which is the most popular TV show, where one of the judges is Chinese, has an ethnic Chinese background, and many of the contestants, who are hugely popular,” Tudge said. 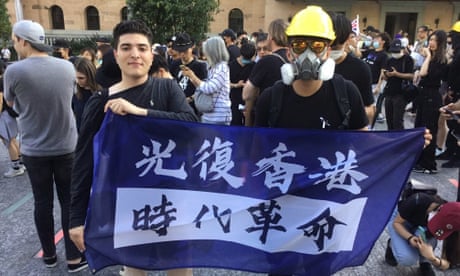 The chief executive of Universities Australia, Catriona Jackson, said Australia was “one of the safest places in the world – and Australian universities are committed to making it even safer”.

“In 2018, a survey of more than 80,000 international tertiary students found that personal safety and security is one of the top five factors for deciding to study in Australia – surpassed only by the quality of teaching and the reputation of the qualification,” she said.

Thomson, who leads the prestigious Group of Eight universities, said it was “absolutely committed to our international students and to maintaining a positive and collaborative relationship with China”.

“But statements such as this do make things more difficult at an already difficult time,” she said in a statement.

The university sector has recently released modelling claiming it will lose up to $16bn by 2023 due to the impact of Covid-19.

Universities are struggling because of border closures affecting their international enrolments and the Morrison government’s decision to exclude all public universities from the jobkeeper wage subsidy.

Overseas students make a significant contribution to the viability of many Australian universities. A recent analysis by two Melbourne University academics found that seven Australian universities were at “high financial risk” and could face a cash crisis as a result of the downturn in revenue from international students.

The announcement also attracted significant attention on Chinese social media. One Weibo the hashtag related to the warning had been viewed 180m times on Wednesday.

Many comments, including from students already in Australia, suggested they felt the warning was more about politics than actual concern.

“The political significance of this news is greater than the practical significance,” said one. “I live a good life in Australia, the epidemic was contained without discrimination. But recently the Australian government’s actions are really annoying.”

Judy Li, 19, has been studying in Adelaide for three years.

She said some school students had racially abused her recently over her wearing a mask, and she knew other Chinese students who had experienced racism in Australia.

The warning would prompt Chinese students to study elsewhere, she predicted.

Attending an Australian university was useful for those who wanted to emigrate to the country, but otherwise there was not that strong a desire to study there.

“Australia’s universities are not famous in China,” she said.

“The students who finish university and go back to China, it’s hard for them to find a job, if they just only finished undergraduate studies. To be honest, some universities in Australia are easy to get in.”

Vikki Qin, a student director on the University of Sydney Union’s board who holds the international student portfolio, said the Chinese education ministry’s warning would mostly affect future students who had yet to decide which foreign country to study at.

The 22-year-old, herself a Chinese international student who grew up in Singapore, said she had experienced racial slurs which referred to China being the source of Covid-19.

But she said “Australia as a whole is not racist”, and believed most international students who had spent time in Australia would not be pushed into returning to China as a result of racism.

Qin, who noted she was not speaking on behalf of the USU, said the Chinese government’s warning about racism was most likely to influence parents in China who were deciding where to send their children for university and are worried about racism.

The national president of the Chinese Community Council of Australia, Tony Pun, said people who had grown up in China “with an ingrained communist education” would take the warning more seriously.

“If the Chinese government says one thing, their citizens will follow,” he told the Guardian.

But he said the Australian government’s denial of racist behaviour ignored reality.

“Birmingham, he said we have no racism? I mean, come on.”

Coronavirus: Should I go to university this year? by Pavlos Elenis