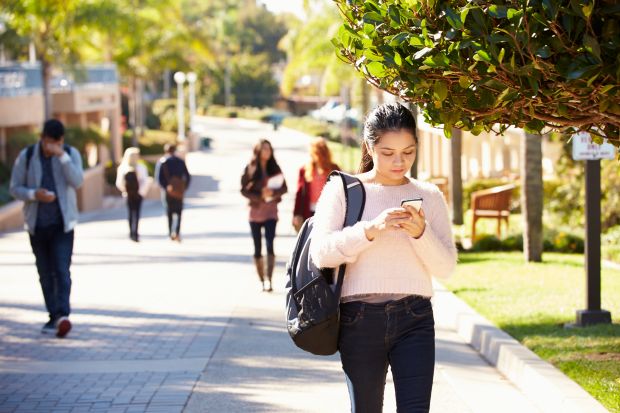 In the first sign that Australia’s universities have become over-reliant on fee income from Chinese students, the University of Tasmania has been forced to slash three out of every four of its degree courses with an inevitable impact on staffing numbers.

Hundreds of degrees and courses will be cut as the university administration struggles with unexpected financial challenges.

These include an over-reliance on fees from Chinese students whose numbers have been hit hard by coronavirus travel restrictions.

Until the coronavirus struck, more than two million Chinese were studying in Australian universities, colleges and schools, although their numbers have now plummeted.

Tasmania is the first university to reveal the effects of the virus on its own staff and students, although other universities will inevitably also be affected.

The University of Tasmania’s Vice-Chancellor, Rufus Black, told staff in an email that the university was facing “sustained headwinds”.

Black said the number of courses offered by the university would be cut from about 514 to 120 over the next two years.

The start of the 2020 academic year had demonstrated that the university “had an over-reliance on students from China”, he said.

Coupled with the emergence of the coronavirus, this would have long-lasting consequences “that would inevitably include course cuts and job losses”.

“The combination of these forces is proving to be a very strong headwind,” Black said, adding that the university was not making enough progress “to be the right size to be sustainable even in the short term”.

“We started the new academic year a long way behind our budget and with more financial challenges to come,” he said.

As a consequence fewer employees would be needed, although the university aimed to reduce staffing levels through “natural turnover and redeployment”.

To the alarm of academics and general staff, however, Black did not say how many jobs would be cut or where, or what other measures would be adopted.

“We have thought a lot about the timing of doing this work with the coronavirus situation evolving,” he said.

“We know we face significant financial challenges today and into next year. By getting going now, we have the best chance to do this in a planned way, over an appropriate time.”

Black said the university was fortunate that the pressures were not at a level requiring redundancies to be decided quickly.

“We have the time to do this well, to reduce the tangle of complexity in course offerings by culling the number of educational options being offered by about 75%.”

He said the current course structure “makes for a picture that is truly bewildering, both for our students and our staff who have to work with it”.

“This challenge is not new to us. We have been aware of it for years. Many of our people will have been involved in prior attempts to address it.”

Black said it would be important to focus “not on how we arrived here; but on how we as a community intend to move on from here”.

The university would examine its 2021 course offerings in the coming months so it could begin marketing them. Its website would be simplified, he said.

Staff briefings on the changes were held this week at the university’s campuses in Launceston, Burnie and Hobart.

But the National Tertiary Education Union said staff had been expecting a briefing on the coronavirus issue and were shocked when it became clear the announcement was about the university’s staffing plans instead.

“A drop in income is obviously an issue to deal with, but there are other ways of dealing with short-term challenges to income,” said the union’s Kelvin Michael.

He said the administration should reconsider plans to move the campus into the central business district areas of both Hobart and Launceston, the state’s two main cities.

“The university needs to look at its finances and think about whether some of its property holdings could be turned into realisable assets and used to assist in the short-term funding shortfall,” Michael said.

But most university finances are also likely to be affected by Prime Minister Scott Morrison’s decision this week to jettison the government’s planned budget surplus.

In an attempt “to recession-proof the Australian economy”, Morrison announced a “coronavirus stimulus plan” that would require an estimated AU$5 billion (US$3.2 billion).

This would send the prime minister’s promised “back in the black” budget into the red, with unknown consequences for the nation’s universities and other higher education institutions.

“We’ve balanced the budget and managed our economy, so we can now use this to protect the health, wellbeing and livelihoods of Australians,” Morrison said.

“Our targeted stimulus package will focus on keeping Australians in jobs and keeping businesses in business so we can bounce back strongly.”

He did not indicate how universities and their students might be affected or what the government could do to help them.

Morrison also announced that Australia would close its borders to travellers from Italy, extending restrictions already in place for those from China, Iran and South Korea. The restrictions will remain until health authorities determine it is safe to lift them.