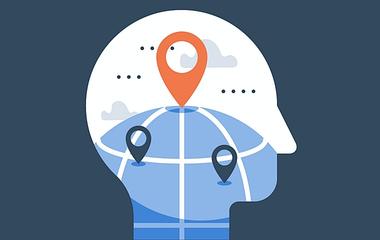 We expressed concern about the devaluation of internationalisation as it was meant to be and called for critical reflection about the way it was conceived. Essentially, we said: “We need to reaffirm the core role of universities: to help understand this world and to improve our dealings with it.”

But the direction it took was one of copying the already prevalent competitive approach in the United Kingdom and Australia: recruitment of international students, development of cross-border education for revenue and competition for talent (skilled immigration) and reputation (rankings).

These appeals for a return to the ethics and values of cooperation have to be seen as a wake-up call of the ‘Internationalisation at Home’ movement in Europe at the end of the 1990s in reaction to the focus on Erasmus exchanges (what about the 95% of non-mobile students, people asked), and the call for ‘Internationalisation of the Curriculum’ in the United Kingdom and Australia in reaction to the exclusive focus on international student recruitment and off-shore delivery.

And then came COVID-19

The crisis resulting from COVID-19 made manifest the extent to which higher education in the world had become international, but even more how much the presence of international students impacts the economy of leading countries such as the United States, United Kingdom, Australia, Canada and others.

Internationalisation as a tradeable commodity has become a crucial source of income for higher education in these countries, compensating for a reduction of public support by national and state governments.

Warnings, such as the impact of the Asian crisis in the 1990s, the 9/11 attacks in 2001 in the United States, the financial crisis of 2008 and terrorist attacks, were ignored, as there was always a fairly quick recovery. Now that whole business model, including the industry surrounding it, is falling apart, and full recovery seems far away and most unlikely.

Let’s not be too optimistic. The inclination of national governments and institutional leaders will be to push the reset button and return as quickly as possible to the glorious days of international trade before COVID-19.

Higher education is keen to open its doors in autumn 2020 and receive international students, even when there is no guarantee of their safety and while they defer study abroad for their own local students, as Thomas Mason correctly pointed out in last week’s University World News.

Also, a number of surveys spread optimism that international students are still interested in studying abroad in the main English-speaking countries. That optimism is as naive as the hope that institutions will move to a more inclusive policy of internationalisation at home.

Even if only 25% of the international students who had intended to study in another country decided not to or – more likely – could not afford to study abroad in the Global North, it would have an enormous financial impact on higher education. And it is still too early to tell if the reduction will be limited to 25%.

A revival of ethical internationalisation?

So, is the revival of inclusive and qualitative internationalisation as identified in the 2015 definition more realistic? Certainly not of itself, in particular in the Global North, which is still in trade mood. It needs an even stronger appeal and call to action than we have witnessed over the past 10 years to make such a shift. But it is certainly the only way forward.

What Jane Knight and I wrote in University World News on 12 October 2018 is even more relevant today than before: “As we look backwards and forwards, it is thus important to ask one question. What are the core principles and values underpinning internationalisation of higher education that 10 or 20 years from now will make us look back and be proud of the track record and contribution that international higher education has made to the more interdependent world we live in, the next generation of citizens, and the bottom billion people living in poverty on our planet?”