Senior stakeholders in both the UK and Australia used public webinar platforms last week to affirm that commitments to student visa policy regarding post-study work will be further clarified in the coming weeks.

About The PIE News team
The PIE News editorial team is run out of the UK and Australia and has wide sector experience.
Honeywood said he was keen for transparency on detail for returning students coming back into Australia

In the UK, where PSW is slated to come into effect in “summer 2021”, Vivienne Stern, director at UUKi, confirmed that the post-study work right route is happening as announced.

“We’re quietly confident that something will come out soon”

Speaking at a student-focused webinar organised by THE and SI-UK – where many questions raised related to whether PSW might apply to students, especially if beginning courses of study online – Stern stated that ministers had “reconfirmed their commitment to PSW as recently as last week”.

The Home Office is busy, she observed, also working on a new immigration system as the UK continues to plan its post-EU system. Work rights will roll out from summer 2021, she confirmed.

“Detail on the new Graduate Route is already available via a Home Office factsheet and ministers have repeatedly confirmed that students starting courses in academic year 2020/21 will qualify,” Stern added, speaking to The PIE News.

In Australia, where post-study work rights of two years are accessible for all graduates of undergraduate programs (with longer-term extensions for higher level graduates), clarity on how post-study work rights are affected or not by a change in study should come soon, according to Phil Honeywood of IEAA, who also sits on the country’s Global Reputation Taskforce.

Speaking at an AIEC webinar, Honeywood said he was keen for transparency on detail for returning students coming back into Australia, around post-study work rights and the component of online learning and “how that factors into a range of timelapse situations.

“We’re quietly confident that something will come out soon, bearing in mind that New Zealand, the UK and other countries have come out quickly with their visa flexibilities compared to us.”

Canada is one country that moved promptly to clarify that up to 50% of agreed study can be undertaken online and student visa holders will still be able to access post-study work rights upon completion of their course.

In the UK, although detail on the PSW route has not been published, flexibility for student visa holders in-country was announced in April (since updated).

This includes flexibility for institutions on attendance monitoring and for students in-country, and those whose visas were due to expire by May can exceptionally apply for further leave to remain in the UK while in the country.

In New Zealand, similar flexibility was announced: international students in New Zealand with visas expiring between 2 April and 9 July 2020 will have their visas automatically extended to 25 September 2020 at no additional cost.

Australia’s Global Reputation Taskforce has published a set of recommendations which include:

• flexibility when calculating time in Australia for students affected by travel restrictions if they wish to take up post-study work visas or apply for permanent residency.

• immigration risk ratings for education providers are not affected by the inability of students to commence or complete study as a result of travel restrictions.

Its latest regulations are on the DHA website for students already in Australia.

Regarding opening up borders, New Zealand has moved quickly on talking about new international students entering the country as priority travellers, similar to Australia. 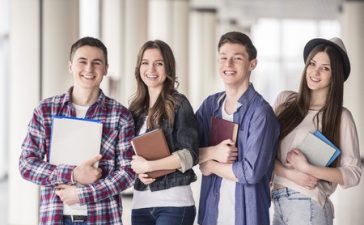 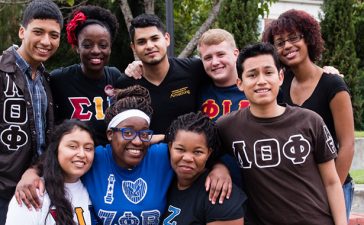