Deteriorating relations between Sweden and China have prompted the closing of Confucius institutes and classrooms in the Scandinavian country and the ending of city partnerships. The moves have been prompted by growing concern in Sweden over security, human rights and the jailing in China of a Chinese-born publisher with Swedish citizenship.

Amid a flurry of reports on the issue, The Times in London wrote on 21 April that Sweden was believed to be the first country in Europe to close all Confucius institutes and classrooms.

The closing of the last Confucius Institute, at Luleå University of Technology, was announced in December 2019 but will reportedly take effect next month. On 23 April, Radio Sweden’s Kaliber programme and Radio P4 Dalarna also referred to a termination underway of a Confucius Classroom – established in 2012 – at Falkenberg Secondary School.

Media reports in late April stated that Gothenburg, Sweden’s second biggest city, was ending a twinning agreement with Shanghai. Radio Sweden reported Gothenburg Mayor Axel Josefson as saying there hadn’t been much exchange between the cities: “Considering the times we are in, we don’t find it suitable to extend the twin-city agreement.”

Relations between the two countries have become increasingly fractious over several years. There are various issues emanating from Swedish alarm over Chinese takeovers of local companies; security concerns; human rights abuses and repression in China; conflict in the Xinjiang autonomous region of far north-west China; and the case of Gui Minhai, the Swedish publisher who was abducted in 2015 and jailed in China.

On 22 April, Kaliber said there was no systematic oversight of Swedish collaboration with China or the takeover of Swedish companies, which had increased significantly over the last decade – the most publicised being Chinese automotive company Geely’s purchase of Swedish luxury car brand Volvo in 2010.

Stockholm University was the first to establish a Confucius institute, in 2005, and a further three Confucius institutes were launched at universities after that. The Stockholm institute terminated in 2015 after a discussion about conditions in China having changed significantly since the agreement – notably, deterioration of human rights.

Confucius institutes and classrooms are a key aspect of China’s global soft power and fall under the state-owned organisation Hanban – also called Confucius Institute Headquarters – which provides “Chinese language and cultural teaching resources and services worldwide”, according to its website. The institutes are staffed by Chinese, funded by China and have their curricula designed by Beijing.

Hanban has rapidly achieved extraordinary reach and on its website lists 541 Confucius institutes worldwide, with 81 in 39 Asian countries; 61 in 46 African countries; 138 in 27 countries in North America and Latin America; 187 in 42 countries in Europe; and 20 in five countries in Oceania.

But in the past decade Confucius institutes have become controversial in many Western countries, primarily because of concerns over their China-designed curricula and teaching being incompatible with Western values such as critical independence and academic freedom.

Kaliber reported on an investigation it had undertaken, contacting all 290 of Sweden’s municipalities (called ‘communes’), asking if they had formal Chinese contacts and, if so, whether they were considering terminating them.

The survey found that 24 municipalities had a collaborative agreement of some sort with Chinese counterparts, usually a friendship agreement between towns or a partnership initiative. Several had been established in collaborations between local authorities and higher education institutions, notably in the Gothenburg area, where Volvo headquarters are located and where there has been the collaborative agreement with Shanghai.

Seven municipalities said that they were working on terminating collaboration with Chinese counterparts, with primary reasons reportedly being alarm over the deterioration of human rights in China, alongside growing repression.

Gui Minhai is a Chinese-born Swedish citizen and successful publisher who established himself in Hong Kong. When visiting Thailand in October 2015 he was abducted, and emerged three months later in Beijing where he gave a televised ‘confession’ interview implicating Swedish authorities in allegations that the Chinese authorities had levelled against him for spying against China. In February 2020 he was sentenced to 10 years in jail.

The drama and developments in the case led to numerous interventions in Sweden’s parliament, notably to former minister of foreign affairs Margot Wallström who, in one of her replies, said representatives of Swedish authorities had met with Gui Minhai twice in Beijing.

Google kicks up 104 entries in the Swedish parliament database when entering his name as a keyword, illustrating the enormous public interest in his case.

Gui Minhai has also received much international attention, notably in 2016 when his daughter gave a presentation to the United States Congressional-Executive Commission on China, distributed by YouTube.

On 15 November 2019, Swedish PEN bestowed its Tucholsky Award – given to a writer or publisher who faces persecution or has been forced into exile – upon Gui Minhai in “recognition of his work as a publisher in Hong Kong and the persecution he has faced as a result”.

The Kaliber programme asked the Chinese embassy in Stockholm to respond to the ongoing termination of collaboration agreements between Swedish and Chinese universities and cities, allegations of worsening human rights in China, and the imprisonment of Gui Minhai in 2015.

“Cooperation between regions in China and Sweden yields benefits for both parties. Swedish cities benefit from such cooperation. We firmly oppose attempts by a few Swedish politicians from regional and local governments and others to use Xinjiang-related issues and the Gui Minhai case to smear China and interfere in China’s internal affairs,” the statement reads.

“Such attempts will only erode the foundation for communication and cooperation, and one that undermines such cooperation will eventually levy the toll on oneself. It is hoped that those politicians and personnel will abandon bias and prejudice [against] China, stop smearing and attacking China, refrain from building barriers between the two countries and peoples, and truly do something in the fundamental interest of Sweden and Swedish people.”

Professor Sylvia Schwaag Serger, deputy vice-chancellor of Lund University, who last year coordinated a national action plan on research cooperation with China on behalf of the Swedish government, commented to University World News: “There has been an increasing politicisation of culture which has undermined public trust in cultural exchanges, activities and institutions. This is unfortunate since language and culture are vital channels for promoting mutual understanding and knowledge across national borders.”

Tobias Hübinette, an associate professor of international education at Karlstad University, who has repeatedly commented on Confucius institutes and classrooms in Sweden, told University World News: “The Chinese government and the Communist Party are using a cultural policy, just like other dictatorships have done ever since Nazi Germany did the same before and during the war. It is strange to realise that Germany at that time was as successful as China some years ago in Sweden, so it is a very positive thing now when the last institute closes in Sweden.” 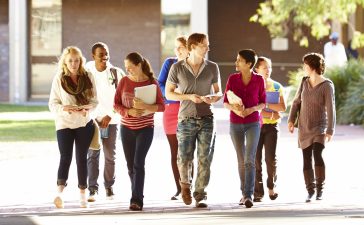 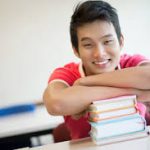