HomeuniversitiesIs it ethical to take in foreign students mid-crisis?
universities 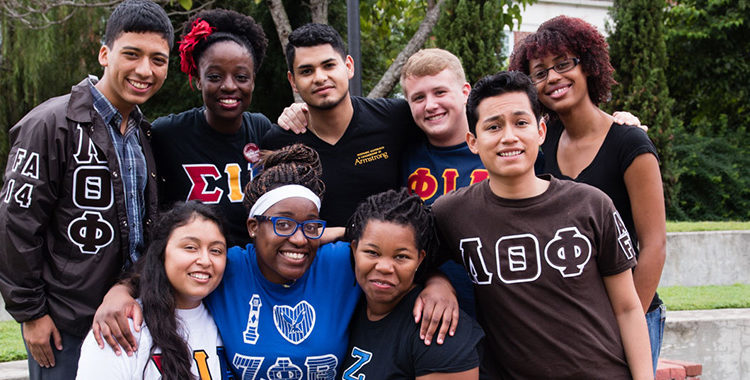 Universities across the United States and other countries are preparing to open this autumn, with most committing to hold face-to-face classes. Under extreme financial pressure, universities are developing extraordinarily creative plans that they believe will ensure the safety of their students, faculty and staff.

But are universities knowingly endangering new international students by inviting them to campus in the first place, often without disclosing to them the substantial risks and challenges they face over the next academic year?

I argue that it is hypocritical and even unethical to invite new international students to campus until universities have proven that effective plans are in place to ensure their safety, a process that may take a semester, if not two, to complete.

Further, with many experts predicting a possible ‘second wave’, the chances of serious campus disruption are significant. This may be especially true in the United States, where many states are ‘opening up’ without following the recommended government guidelines.

University enrolment managers and international educators are carefully watching for news that the Department of State will allow its embassies and consulates to restart consular services, enabling international students to obtain visas to come to the United States. Vice presidents of finance, deans and other institutional leaders are nervously calculating the losses in tuition fees if international students cannot make it to campus.

NAFSA email lists are crowded with messages by professionals in the field lamenting that consular services have not yet restarted and worrying that international students will not be able to get to campus by the start of the autumn semester.

Only recently have threads contemplating the ethics of inviting international students to the US in the midst of the COVID-19 crisis appeared.

In the midst of the nation’s greatest public health crisis since the 1918 flu pandemic, universities have an obligation to disclose to international students that they are about to walk into an unprecedented campus situation. In short, universities must clearly inform international students that campus is not ‘business as usual’ and that the institution cannot safeguard their physical or mental health.

They must inform international students that there may be a dangerous second wave of the pandemic this autumn and winter. Classes that begin face to face may well return to remote learning. Students may be isolated in their apartments or dormitories for weeks or longer, attending classes from their bedrooms without access to peer support.

Universities must be clear that campus services may be interrupted. Classes may be conducted in cohorts, dining halls replaced with brown bag lunches and large events forbidden. Physical distancing will be impossible in crowded student apartments; university dormitories may be suddenly closed. Loneliness and perhaps even signs of mental illness may arise, but due to social distancing rules, the university may not be able to offer adequate support.

In short, the polished marketing of university web pages, glossy admission letters and upbeat campus-life videos need to be replaced with accurate descriptions of what campus life may look like for these international students.

Domestic students face similar challenges, but incoming international students are uniquely at risk: as new community members they have not yet developed a social support network that they could rely on if a second wave hits and campuses close. Unlike domestic students, many of whom could drive home in an emergency, international students have no place to go when universities close campus housing.

Many institutions made special arrangements for international students during the recent closures, but often those gestures were inadequate. Stories are abundant from international students who were told to move from single apartments into crowded suites in order to aid the consolidation of campus-life operations. Others were invited to stay in campus housing only to be told several weeks later that they needed to leave.

Still, two months after the initial closures, some international students are struggling to return to their home country due to fewer airline flights, frequent cancellations and travel restrictions. Simply put, in many ways, the stakes are higher for international students, especially for those coming from places where the pandemic is relatively under control.

Although there are, of course, exceptions, for the most part when the State Department issues its highest alert, university risk management officers step in and require the recall of students who are studying abroad in that country as well as the cancellation of any new outgoing programmes. This is standard, time-tested practice for the field.

Why then is it acceptable for universities to not only invite – but to actively recruit – new international students to campus when many of these countries have issued the highest travel warning for the United States: “Do Not Travel”?

Why is it acceptable for universities to encourage international students to disregard such a warning from their governments when those same universities would never send their own students abroad if the US State Department issued a Level 3 warning?

Why is it acceptable for universities that have cancelled study abroad programmes for their own American students to do everything possible to convince international students to study on their campus, at a time when the US is the epicentre of the global pandemic and the situation is still clearly out of control.

Frankly, it is not acceptable. International educators need to rise up, take a stand and inform campus leaders of this dangerous hypocrisy. University leaders need to make the physical and mental health of international students a higher priority than the tuition dollars they bring to campus coffers.

I appeal to university leaders and international educators to make the ethical decision: encourage new incoming international students to consider deferring their arrival to campus until your institution has a realistic and proven plan to ensure the physical safety and mental well-being of this uniquely vulnerable population.