British universities have made a plea for billions of pounds’ worth of research and bailout funding to survive the coronavirus crisis, offering to slash budgets and cap student recruitment in return.

The Guardian has learned that the University of St Andrews – one of the UK’s leading higher education institutions – is among those facing a black hole in its accounts due to the pandemic.

In response to the crisis, Universities UK (UUK) has proposed a series of measures to the government that would double research funding and offer emergency loans to troubled institutions, as well as placing a cap on the number of undergraduates many institution can recruit in 2020-21.

The government will embrace UUK’s public support for limiting student recruitment, which would reduce its losses from unpaid student loans. The Guardian revealed last month that ministers were pushing universities to consider a cap.

The proposal would result in universities in England and Wales temporarily capping their UK and EU undergraduate intake at the forecasts that they have already submitted, plus a maximum increase of 5%. Students already holding firm conditional offers will be guaranteed their places if they meet their grade requirements.

Sources at several leading universities say they expect the falls in international student numbers and research grants next year alone to cost them hundreds of millions of pounds, while lost income from conferences, accommodation and catering will drain £790m from the sector by the end of summer.

St Andrews’ principal, Sally Mapstone, warned her staff on Thursday that the university had already lost £25m as a direct result of the coronavirus crisis, which would force it into significant cost-cutting.

“It is as serious a financial crisis as our university has faced in modern times, and it will mean that we cannot do everything you want or expect us to, and that we have to take some very difficult decisions about our future,” Mapstone said.

The proposal by UUK, representing 137 institutions, gives dire warnings of the financial difficulties in which many universities find themselves, with campuses shut and students abruptly leaving.

“Without government support, some universities would face financial failure, others would come close to financial failure and be forced to reduce provision. Some will be in places where they are the only local higher education provider with damaging impact on the local community and economy,” states the document agreed by vice-chancellors on Wednesday.

Alistair Jarvis, UUK’s chief executive, said it was without question that British universities were likely to go bankrupt without further support: “There is a very significant chance of some institutions going bust – and part of this proposal is to prevent that from happening.”

But its plans were attacked by the University and College Union as “piecemeal” measures that fail to fix the sector’s weaknesses. “Universities need to step back from the dog-eat-dog approach of recent times and come together properly in the wider interest. We fear these proposals risk leaving many universities vulnerable,” said Jo Grady, UCU’s general secretary.

The UUK scheme also offers to “reduce costs, increase efficiency and moderate certain behaviours” such as curbing unconditional offers, as well delaying capital spending and freezing recruitment. It also calls for a “transformation fund” to “reshape and consolidate” the sector through mergers.

Its requests include doubling quality-related government research funding from £2bn to £4bn a year, as well as assistance for universities relying on “very high numbers” of international students. Others include giving universities unrestricted access to the UK government’s coronavirus business support programmes. 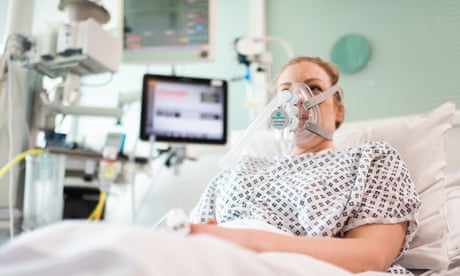 UUK warned that the loss of valuable international student fees would end the ability of universities to cross-subsidise expensive science and technology research. Jarvis said losses would hamper their ability to conduct research into pandemics in the long term.

Scottish university sources said their crisis was more acute because of Scotland’s government not fully funding the costs of teaching local students, despite its policy of not charging tuition fees. That increased their dependency on overseas student income.

University leaders say privately that they do not expect the governments to agree to all the proposals, with some fearing that ministers will “cherry-pick” the least expensive options.

Should i pay for an Educational Advisor to enrol me in a university?