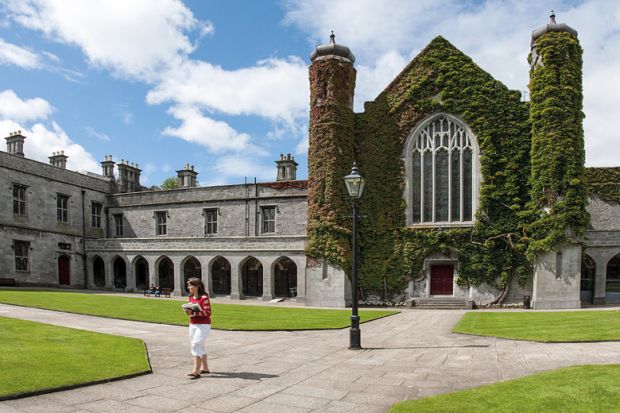 The coronavirus crisis offers global universities a real chance to get to grips with their addiction to flying staff around the world and encouraging other people to fly, an Australian-based climate change activist told the UK’s International Higher Education Forum, or IHEF.

Speaking by video-link to the online conference – for which University World News is a media partner – Ailsa Lamont said a study published by Robin Shields, then associate professor in higher education management at the University of Bath, estimated the carbon footprint associated with global student mobility was somewhere in the region of 14 to 39 megatons of carbon dioxide equivalent per year in 2014.

Another study in 2015 noted that 1.5 million tons of aviation emissions were generated from the 350,000 commencing international students coming to Australia to study.

“To offset those emissions you would have had to plant about nine million trees, which would have been enough to fill the whole of Sydney Harbour. But, of course, the international education sector in Australia didn’t offset those flights and didn’t take any action,” said Lamont, co-founder of Climate Action Network for International Educators (CANIE).

Lamont, who helped launch CANIE and Pomegranate Global to encourage the international higher education sector to take greater action on climate change after working in international education for 30 years, said the pause in mobility – and aviation emissions – caused by COVID-19 offers a great opportunity to rethink the business model of the sector and create a fresh vision of what it could be like in 20 or 30 years’ time.

She accepted that wonderful work is being done in terms of education, teaching, research and sustainable campus infrastructures to help the environment, but that still didn’t offset the damage being done by higher education’s obsession with flying.

“It is pretty clear that given the technology that we have today and our knowledge of the carbon cost of travel, that if we were to start from a clean sheet and redesign the whole business of international higher education, it probably wouldn’t look like it actually does today,” she said, after congratulating the organisers of IHEF 2020 for demonstrating that international online conferences can work.

Lamont said the short-term impact of global warming was already being felt, particularly with the bush fires over the summer in Australia.

And with four million people around the world taking part in the climate and school strikes last year and a recent QS report on sustainability in higher education showing that 94% of respondents say universities should be doing more on sustainability, the need for an adequate response from global universities is urgent.

Lamont said that Times Higher Education’s Impact Rankings now give students a tool to assess which institutions are “really taking climate change seriously” and she also welcomed the move by the International Student Barometer surveys to start asking questions about sustainability.

“We know students care, but to what extent students will start choosing study destinations or institutions based on sustainability is still unknown,” she told the conference.

But with figures like the governor of the Bank of England and the CEO of Morgan Stanley warning that if action on climate change is not taken seriously, there won’t be a planet on which to have a good financial system, she was hopeful that the message was starting to get through to the people that could take the necessary action.

Phil Baty, chief knowledge officer at Times Higher Education (THE), who chaired the IHEF 2020 session, told delegates there was “an extraordinary tension” between universities being at the heart of finding solutions to these massive problems of climate change and the addiction to face-to-face meetings and the huge movement of people through international education and research and the need to connect.

“This [coronavirus] crisis might have at least one positive in helping to wean ourselves off face-to-face and to understand the technology that exists,” said Baty, who was encouraged that THE’s Impact Rankings were now being supported by 850 universities worldwide – up from 500 the previous year.

Nic Mitchell is a British-based freelance journalist and PR consultant who runs De la Cour Communications and blogs about higher education for the European Universities Public Relations and Information Officers’ Association, EUPRIO, and on his website. He also provides English-language communication support for European universities and specialist higher education media.