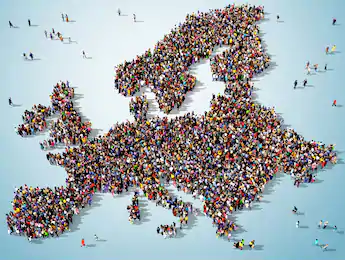 In an era of post-truth and fake news, one of the most prominent issues of public and political focus today is the extent to which universities contribute to the public good. In many countries, concerns about student learning and employability, and growing disparities in wealth and opportunity, have spurred a deep sense of grievance and decline in public trust. As questions about universities’ contribution to the public good are raised, rankings are also focusing on societal impact.

In this environment, the 17 United Nations Sustainable Development Goals (SDGs) have become a very public symbol and policy instrument. They are used by students and academics, by universities and countries and by research and other agencies to demonstrate, measure and assess commitment to global societal challenges.

Beyond the specific SDG targets, their collective value is embedded in the recognition that societal challenges are transnational, require access to resources (human and capital) beyond the capability or capacity of individual countries and institutions and hence require multi-national and multi-disciplinary teams. In an age of neo-nationalism, the SDGs highlight the necessity of multilateralism.

Rankings often portray themselves as promoters of greater public information and disclosure. But too often they measure benefits gained from accumulated public and-or private wealth and investment over decades, if not centuries. Their choice of indicators cherishes the benefits of attracting high achieving/high socio-economic students who graduate on time and go on to have successful careers.

Excellence is measured in terms of research and reputational achievements of individual universities rather than as a collective contribution to the public good.

So, we should give some credit to the Times Higher Education (THE) Impact Ranking which is currently the only ranking to assess university performance against the SDGs. GreenMetric World University Rankings, launched in 2010, compares university commitment to going green and sustainability, while U-Multirank includes indicators for regional engagement.

THE launched its SDG ranking in 2019. Of the almost 20,000 higher education institutions worldwide, according to the International Association of Universities World Higher Education Database, only 858 submitted data to the 2020 edition, an increase of approximately 300 since 2019.

The methodology assesses activity against: research, stewardship, outreach and teaching. With the exception of data from Elsevier, universities submit evidence, examples and data against at least four of the SDGs. Research accounts for 27% of each SDG against which data is submitted.

THE evaluates each submission. The overall score is calculated on the basis of the three best SDG scores, plus performance against SDG 17.

Not only is gathering the material for submission a lot of work, but it is unlikely that THE can control or validate the accuracy and comparability of the information provided by the universities. Anyone with experience of evaluating large scale projects will understand the magnitude of the work involved and the necessary integrity and transparency of the process.

THE carries out the evaluation behind closed doors. The submissions provide a lucrative treasure trove of institutional data which remains behind a paywall. This exposes one of the biggest developments of recent years – the monetisation of university data by commercial rankings and publishing organisations.

There is little evidence that these rankings – or their predecessors – have had any meaningful impact on improving quality, which is a context-dependent, multi-dimensional concept. Rising in the rankings is not equivalent to improving quality, which is why we are beginning to see reaction in the Netherlands and China against using citations as a meaningful measure of academic performance.

In fact, it is very possible to rise in the rankings without making any significant contribution to the public good.

Are there better and more meaningful and sustainable alternative ways to embed the SDGs?

Having a good quality assurance system which includes university commitment to the public good in all its dimensions: civic, social, economic, cultural and intellectual – would be a good place to start.

The European Quality Assurance Forum 2019 focused on social engagement, and FINEEC, the Finnish agency, is beginning to address societal engagement and impact in its processes. It is very likely other quality assurance and accreditation agencies will follow suit.

Many governments are promoting a systems approach which aims to reframe the social contract around the role and responsibilities of higher education institutions, working collaboratively with other providers and social partners, rather than promoting atomised institutions.

These instruments are less concerned with rankings and more with public responsibility. Performance agreements and compacts, targeted funding and performance-based funding aim to balance individual institutional and collective values and objectives of/for society.

International organisations have a role to play. U-Multirank has the potential to play a bigger role because it is a European Union initiative with the ‘authority’ of member states. The World Bank benchmarking approach enables universities to choose indicators that are most meaningful to them. UNESCO, alongside OECD and-or the World Bank, might consider a joint initiative.

Assessing the social responsibility of rankings

There is no doubt colleges and universities should take their responsibilities to society and the ‘public good’ extremely seriously and be assessed accordingly. But shouldn’t rankings be assessed against the same objectives – given that their effect has been to promote elitism and undermine equity and diversity?

Despite their calls for greater transparency and accountability, their methodologies display very little evidence of either. Universities provide bundles of data free to non-transparent processes and held behind paywalls. It’s no longer good enough to only talk about universities’ corporate social responsibility. Isn’t it time we talked about the corporate social responsibility of the ranking organisations themselves?