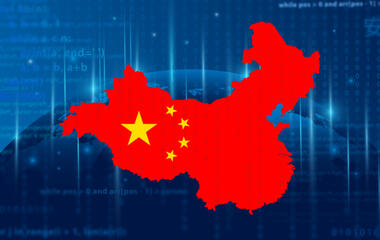 ‘Geointellect’ is an emerging manifestation of China’s global influence. I coined this term to denote a country’s dominance in higher education, research and innovation paradigms across geographies. Though facilitated at times by soft power, geointellect is differentiated, inter alia, by its rationale to establish and consolidate China’s global intellectual dominance.

Its focus is on vigorously enhancing the visibility of Chinese academic and research institutions and of disciplines – inclusive of concepts and theories – which exhibit Chinese characteristics. Thus, while soft power is ‘a means to success in world politics’, geointellect symbolises the crown of knowledge.

Moreover, geointellect is constructed, unlike soft power, which is tethered to others’ perceptions and opinions and is, as China expert David Shambaugh points out, “earned”. Succinctly, it is to national rejuvenation what a spoke is to a hub.

What are the key modalities of China’s geointellectual agenda?

First, the Belt and Road Initiative (BRI) Education Action Plan 2016 sets out China’s leadership in shaping the contours of educational cooperation among BRI countries backed by a “proactive and exemplary” role for the Chinese education sector. This shared agenda is being implemented in China’s transnational agreements on education and research cooperation.

China established its signature Luban vocational skills workshops in 10 African countries in 2020 in addition to its existing ones in Thailand, Pakistan and the United Kingdom, among others. These disseminate the Engineering Practice Innovation Project model developed in Tianjin and act as carriers of the Chinese vocational brand amid globally entrenched Western university models.

Second, China’s ‘going out’ approach is reflected in its higher education internationalisation through overseas campuses such as Peking University’s HSBC Business School campus in Oxford and the Global Innovation eXchange in Seattle – a partnership between the University of Washington and Tsinghua University.

Currently, however, Chinese universities’ overseas presence is vastly overshadowed by America’s and the approach is facing a setback in Hungary with public opposition to the opening of Fudan University’s branch campus.

The ‘going out’ approach can also be seen in China’s cyberpresence, a promising avenue for its leadership ambitions. During the pandemic, Chinese massive open online course (MOOC) platforms, XuetangX and iCourse, have introduced free online courses in English for global learners.

Chinese Minister of Education Chen Baosheng states: “We have gradually established a unique development model [of online teaching] … In the post-pandemic era, Chinese education has entered a new stage of high-quality development, integrating the advantages of MOOCs and online education.”

Third, taking the lead in knowledge production and enhancing the country’s research impact are critical to developing its intellectual power. China is determined to erode Western hegemony in higher education and research, having made some stellar accomplishments when we look at some recent figures.

• China is Asia’s top-most destination for foreign students who numbered 492,185 in 2018, with students from BRI countries having a nearly 66% share in Chinese government scholarships in 2017.

• According to the Web of Science (WoS) database, between 2007 and 2017, China ranked second in citations, accounting for 19.35 million citations while researchers from the US received 66.45 million citations. In the WoS 2019 list of Highly Cited Researchers mainland China also claimed second place.

• China is now the top country when it comes to filing international patent applications. And its spending on research and development in US dollars rose from US$40 billion in 2000 to US$515 billion in 2019, rising to the second position globally and outpacing the European Union.

• China has launched the Dubhe artificial intelligence (AI) open-source platform, developed by Zhejiang Lab and Zhejiang University, among others, in response to Google’s popular TensorFlow.

Fourth, with the BRI’s launch, China’s strategy is to catch the low-hanging fruit by making its research impact felt in developing countries. For instance, in 2017, the Chinese Academy of Social Sciences (CASS) launched a think tank in Hungary – the China-CEE Institute (China-Central and Eastern Europe Institute) – to promote academic exchanges between China and countries in Central and Eastern Europe.

It is worth noting that Chinese social science research is often upbraided for being confined to the prism constructed by the Communist regime. In this context, CASS’s proactive outreach is designed to communicate the relevance of Chinese social thought and ‘innovations’ in overcoming the common problems of humanity.

Fifth, the Chinese Academy of Sciences (CAS) is spearheading many projects in BRI-participating countries, having also contributed US$268 million since 2013, and has trained around 5,000 high-level sci-tech individuals.

Under the banner of BRI, the CAS has set up centres in South America, Africa, Central Asia, South Asia and Southeast Asia in fields such as astronomy, research and education, ecology and environment, drug development, space weather, biodiversity and innovation cooperation.

The yardstick for measuring these initiatives should ideally be determined by their concrete outcomes for the host countries. As for China, its visibility has certainly grown alongside its message about the shared relevance of its scientific enterprise.

Undeniably, China’s mission to become a global leader in higher education and research involves a long, tortuous process. On the one hand, critics discredit China’s innovation prowess because of its alleged theft of US intellectual property; on the other, confrontation between the US and China has affected their collaboration in state-of-the-art industrial fields such as AI, quantum computing and semiconductors.

And the European Commission has designated China a “systemic rival” of the European Union and has made strong calls for a mutually beneficial research relationship.

As such, challenges to China’s international scientific collaboration are in the offing, though not necessarily insurmountable.

At least within the ASEAN (Association of Southeast Asian Nations) region, China’s research collaboration has scaled up. Notably, the Guangxi Zhuang Autonomous Region is involving young scientists from ASEAN countries along the BRI routes in its scientific research projects. China needs to strengthen its human capital base, given that it had only 2.4 researchers per 1,000 people in 2018 (the US had 9.8).

Another focus is on boosting the power of China’s ‘theoretical innovations’. President Xi Jinping has called on Chinese researchers to “accelerate construction” of Chinese characteristics-driven philosophy and social sciences.

The state-defined epistemological limits are inimical to the full-fledged growth of knowledge that requires unbridled intellectual pursuit. While this inbuilt limitation is likely to persist under China’s current illiberal regime, what is significant for the leadership is to see the wide circulation of a Chinese worldview.

Interestingly, a May 2021 report on the achievements of China’s National Center for Philosophy and Social Sciences Documentation noted that it had more than 1,000 overseas institutional users and was distributed in 183 countries and regions between 2016 and 2021.

Geointellect may also supplement tools of national interest through ‘narrative warfare’ – for example, by attempting to push for the Chinese position on the South China Sea issue through leading research centres and think tanks in Southeast Asia.

Besides, China’s Action Plan for the Excellence of Chinese STEM Journals has launched its domestic scientific journals into the global race for excellence.

Cumulatively, many milestones are yet to be achieved on the path to geointellect, but China has certainly hit the road. 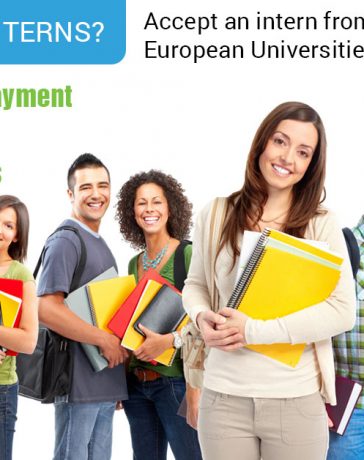