And now, some students at Columbia University say it should also impact how much they pay in tuition, and they’re prepared to go on strike from making payments, CBS2’s Dave Carlin reported Sunday.

Staying on top of his studies during the pandemic is tough enough for Columbia University sophomore Matthew Gamero, but the political science major is also helping organize a tuition strike.

“We want a 10% increase in financial aid and a 10% decrease in tuition, but it should not come at the expense of workers and professors,” Gamero said.

The face of college education has changed over the past year. Gamero and others say a decrease is warranted, especially during the pandemic.

The threatened action has a deadline of Friday, when tuition payments are due.

At a rally, student organizers pointed to a petition, pledging to withhold payments, adorned with more than 4,000 signatures.

“Peer universities like Princeton and like Georgetown have announced tuition reductions. On top of that, Columbia is one of the richest universities in the entire world,” student organizer Christian Flores said.

The students’ other demands are to invest away from fossil fuels and halt some expansion that displaces people in communities of color.

Columbia University administrators did not respond directly to questions about the students’ request for a cut in tuition.

In a statement, the school said, in part, “Their voices are heard by Columbia’s leadership, and their views on strengthening the university are welcomed.”

Previously, the administration signaled it will work with students on spring financial aid and late fees.

“Columbia can do something and the way they’re treating us, it’s not enough,” Gamero said.

The students say their protest pushes the notion of higher education affordability in America and they insist Columbia not only lend an ear, but bend and reform the rules. 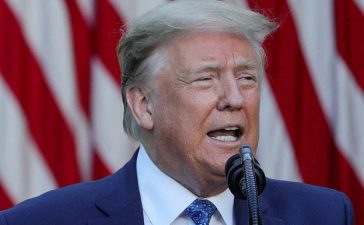 Colleges Slash Budgets in the Pandemic, With ‘Nothing Off-Limits’

Can internationalisation survive in the ‘new normal’?