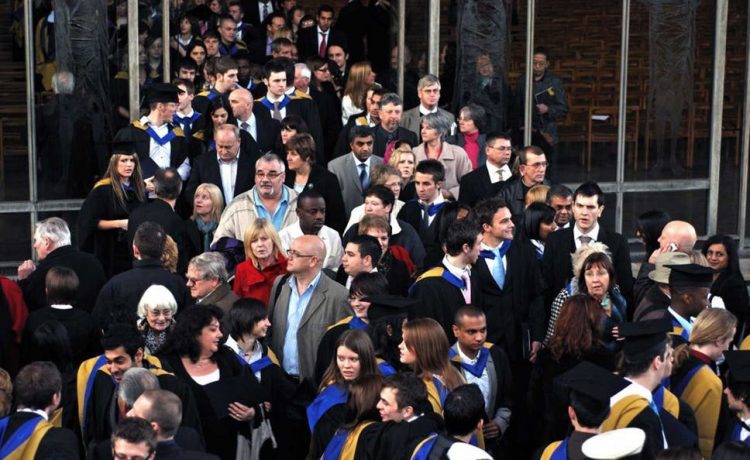 Canadian universities began 2021 with a staggering backlog of deferred maintenance totalling more than CA$17 billion (US$13.4 billion), in addition to struggling with hundreds of millions of dollars in debt caused by the loss of residence and other campus fees.

This figure, which has grown 30% since 2014, shows no sign of declining, according to the Canadian Association of University Business Officers (CAUBO) in a report issued last October.

Ministers of higher education and university officials across the country relish the spotlight of announcing new buildings. But the amount of money now being devoted to maintenance is insufficient to make a dent in the overall backlog.

The problem has been brewing for several decades. To cut its deficit in the mid-1990s, the Senate of Canada reported in 2000, the federal government reduced education transfers to the provinces, which caused them to cut grants to universities. To close gaps in their budgets, universities began deferring maintenance. By 2000, the tab for deferred maintenance stood at CA$3.8 billion (US$3 billion).

This growing need for repairs, coupled with provincial funding cuts to universities’ operating budgets, is behind the 30% growth in deferred maintenance needs in the past six years, according to Paul Davidson, president of Universities Canada.

A particular problem is that buildings constructed between 1960 and 1975 – a period when Canadian universities and colleges expanded rapidly – are nearing the end of their lifespans, as CAUBO reports. These buildings were built quickly and suffer from “poor construction quality”. In 2018, for example, bricks broke away from a several-decades-old McGill University residence, damaging a car parked in front of it.

Canada’s climate is especially hard on buildings. Many of the sandstone and granite buildings that form the centre of McGill University’s campus in downtown Montreal are over a century old. They have suffered thousands of freeze-thaw cycles, each of which acts like a chisel, breaking away a little bit of mortar or stone. Winter temperatures in Montreal can fall to near -40°C and in the humid summer can rise close to 40°C.

In 2017, an audit of the more-than-a-century-old Macdonald Engineering Building found “pieces of stone were easily removed by hand”. Water infiltration had corroded the steel rods that hold the stones together and linked them to the inner wall. Though the building was judged safe, McGill undertook a two-year restoration project.

“The stones covering the brick wall needed to be carefully removed in order to repair the backing wall. When the stone cannot be reused, it has to be replaced. Also, mortar joints have to be fully redone,” said Juan Gamarra, the project manager.

As in other universities, the project was complicated because the building could not be closed. No university has the extra space into which laboratories can be moved.

Although not spending enough, universities and provincial governments have actually increased funding for renovation and maintenance.

In an effort to find more money for maintenance, universities have turned to non-governmental sources. Some universities have issued long-term bonds while others encourage donors, who have traditionally preferred to fund new buildings, to support the less glamorous maintenance budget.

As Davidson put it: “It’s not like you put a plaque or a name next to your HVAC [heating, ventilation and air-conditioning] system.”

According to CAUBO, some universities have partnered with energy companies. Both donors and energy companies that support maintenance have been honoured by having buildings named after them.

The University of Calgary in Alberta is one of several universities that have adopted a ‘holistic’ approach to solving its deferred maintenance problem. “Day-to-day patchwork doesn’t do it,” says Boris Dragicevic, associate vice president of facilities management.

Across the country in British Columbia, University of Victoria Executive Director of Facilities Management Ron Proulx notes: “When we expand a building or do major renovation, we include as much deferred maintenance work as possible. You use the momentum of development to support the deferred maintenance.”

As lockdown hits universities hard, students just want to be heard – but no one is listening