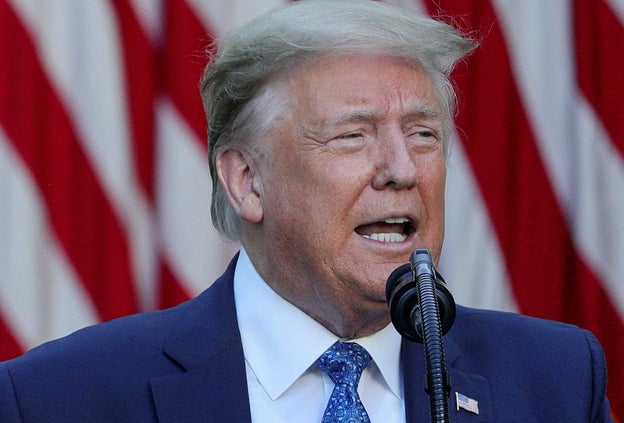 The integrity of scientific research and vaccine development must be preserved despite the push for speed in developing effective COVID-19 vaccines, as the pandemic has reached almost 33 million cases worldwide since January and killed over one million people, academics, health officials and university leaders have said.

In the United States in particular there is unprecedented political pressure on the development of the ‘Operation Warp Speed’ programme, which President Donald Trump hopes will produce a vaccine before the presidential elections on 3 November. But university leaders and researchers are resisting politicisation of the vaccine due to the risk of undermining safety and trust.

The major US public-private initiative known as Operation Warp Speed (OWS) to fast track COVID-19 vaccine and drugs was launched by the US administration in April and is backed by some US$10 billion in public funding approved by Congress, making it one of the most ambitious short-term endeavours in US science.

President of the University of Washington Ana Mari Cauce pointed to extraordinary scientific teams leading work to produce effective COVID-19 vaccines within the US. “We are calling for preserving the sanctity of the science behind their work and for the scientific process to proceed at the speed of integrity and accuracy, not politics,” she said at an online symposium on 6 October, organised by the University of Washington and Johns Hopkins University, Baltimore.

Cauce said: “Operation Warp Speed is of critical importance not only for our nation but to the world. It is paramount for the safety of millions that the vaccine trial process be allowed to proceed with all the appropriate procedures, reviews and oversights even within the context of an accelerated process.”

The fast-tracking of vaccine development under OWS means the timeline from cutting-edge untested research to large-scale production is reduced from years or even a decade to about a year. Moncef Slaoui, the government’s chief advisor on OWS, told the symposium the aim was to deliver a vaccine to the US population “before the end of the year and in enough quantities so as to immunise the US population potentially by the middle of 2021 or slightly later”.

He added that the six candidate vaccines were selected to “balance between speed of development, likelihood of efficacy, expected safety profile, scale-up and industrial manufacturing ability”.

“We know that science done right is as important as science done quickly,” said Ronald Daniels, president of Johns Hopkins University. Citing a Pew Research Center survey between May and September of this year, the percentage of adults who would voluntarily agree to getting a vaccine has plummeted from 72% to 51%.

“This is an alarming erosion of trust in the integrity of a process which we hope and believe will produce an effective and safe vaccine in record time,” Daniels said.

What is unusual in the OWS process is that parallel production of vaccine doses at commercial scale is being organised and funded – even before it is known if and which of the vaccines will work or is likely to be cleared for use by regulatory bodies. Slaoui indicated that stockpiling of doses has already begun in the US.

Under OWS contracts have been announced with at least six pharmaceutical manufacturers. The two furthest along are produced by pharmaceutical companies Moderna and Pfizer, based on messenger RNA technology which injects genetic instructions from the coronavirus into individuals to prompt their cells into producing proteins that mimic a virus but are not infections. The two vaccines are currently in Phase III clinical human trials with 30,000 subjects for the Moderna vaccine, and 40,000 for Pfizer’s vaccine.

“We expect them to have a readout or a first look at their efficacy outcome within the next several weeks, nobody can really say when but the expectation would be that this would happen between the months of November and December,” Slaoui said.

Vaccines using this technique can be created rapidly, but the US Food and Drug Administration has never previously licensed a vaccine based on messenger RNA.

Other vaccine efforts supported by OWS are: UK pharmaceutical company AstraZeneca with the University of Oxford – with trials now halted in the US after some serious side effects emerged last month; Janssen, Johnson & Johnson; Novavax; and Sanofi in conjunction with GlaxoSmithKline.

Johnson & Johnson are weeks to months behind Moderna and Pfizer. “Because their recruitment (for clinical trials) is at an earlier stage, we expect the earliest readout for efficacy of these vaccine trials to be somewhere at the beginning of 2021, probably January,” Slaoui said.

A vaccine from Novavax, and another from the Sanofi-GlaxoSmithKline partnership, both of them adjuvant recombinant protein vaccines, are still in Phase I (laboratory) and phase II (animal) trials, expected to start their phase III (human) trials probably by late November, he said.

“We are reasonably pleased with the progress, it’s been really fast and we expect to have three waves of efficacy readouts over the next several months,” he said, starting with the RNA vaccines before the end of the year; the non-replicating vectors vaccine in January or February 2021 and the protein adjuvant vaccines in March or April 2021.

He said the expectation is that just after these results, a filing for emergency use authorisation (EUA) with the FDA will take place.

But Saloui said demonstrating that a vaccine works and getting FDA emergency approval for it is only half the story. The more difficult half is “to scale up and to industrially manufacture these vaccines”.

In particular the current front-runners Pfizer and Moderna’s messenger RNA vaccine “is a completely novel technology”, he noted, with very little experience of it and of scaling it up for manufacturing. Nonetheless, both companies “have been able to achieve industrial scale manufacturing”, he said.

“We are in the process of stockpiling vaccine doses in the single-digit million doses in the month of October, and then in the tens of millions of doses in November,” Slaoui said. By January he expects there will be 30 million doses of each of the two messenger RNA vaccines.

As trials and manufacturing overlap under OWS, so does preparation for EUA and this is where speed may not be helpful, according to many scientists.

Lawrence Corey, co-lead of the vaccine clinical trials subgroup for OWS, said most of the pharmaceutical companies involved have been looking at potential EUA “about one third through the trial”. Questions arise including whether approval of widespread use of vaccines should “emanate from such an early look”, and whether it could provide enough data to initiate vaccinating 19 million elderly people in the US.

In large-scale trials such as those being conducted by Moderna and Pfizer, “it takes only four more weeks to double the information to hundred approved cases and only three weeks after that to triple the information”, he noted.

“What percentage of medically complicated cases are seen in our vaccine studies is at the moment unclear,” he said.

“We expect 27 to 30 cases of medically complicated COVID-19 in the fully-enrolled trial. If the trial is analysed early… there will be only 9-10 such cases. That means a true assessment of vaccine efficacy in this important area is skimpy at best.”

While the US clinical trials infrastructure is a model for the world, Corey noted the debate on how strict the FDA’s criteria for emergency approval would be, has been “the elephant in the room for academics”.

Peter Marks, director of the Center for Biologics Evaluation and Research at the FDA, described the US regulatory body as “a global standard in reviewing products, procedures and vaccines”. But many scientists and public health officials have raised concerns that Trump’s upbeat and often unrealistic public comments on the speed of an American vaccine could undermine the approvals process.

Political pressure by Trump for a vaccine to become available before election day has meant that over three-fifths of Americans believe pressure from Trump will rush FDA approval, according to one poll this month by the Kaiser Family Foundation.

“Our process must end up ultimately increasing trust in vaccines,” FDA’s Marks told the symposium. And while for emergency approval the FDA’s rigorous standards are deliberately set lower, because without that “you might not have a chance to make things happen”, Marks stressed the risks had to be weighed up against the need for swift action in a situation like the pandemic.

FDA guidance issued in late June suggested a vaccine could obtain EUA status if it showed a minimum of 50% efficacy, which many scientists regard as too low and uncertain.

Marks pointed however to more detailed FDA guidelines issued this week. “We will need to see data from a large well-designed Phase III trial that shows clear and compelling evidence of effectiveness of that vaccine, and that’s what’s going to get these vaccines over the hump,” he said, adding that the FDA would review data in front of an advisory committee and broadcast the proceedings, to build confidence that the process is not politicised.

“We want that to be a public enough process that people can see that there are independent experts as part of the advisory committee meeting,” he said.

“I can’t deny that we will have a narrower amount of safety data then we would for a usual approval, there’s no way around that,” he said, but added that it could be partly made up for by active surveillance, watching very closely for safety events after emergency approval, “and obviously we are not going to allow anything to proceed that we have any significant concerns for safety on”.

The FDA’s latest guidance says companies will need to collect safety data for at least two months after around half the trial participants have received their second vaccine dose – all the vaccines currently undergoing human trials are two dose vaccines, usually taken 21-28 days apart.

Marks noted that side effects typically occur within that two-month period and added that this additional rule aimed to “end up increasing trust in vaccines”.

He pointed in particular to high-powered, well-designed trials which use the same protocols across all the OWS-backed trials. They also have independent safety monitoring boards “that watch the trials very closely to detect a rare safety problem”. These monitoring boards are the same group across all of these trials and he noted that events such as side effects in one trial would inform other trials.

Collins added that ”the company CEOs have already publicly stated they are not going to put something forward (for emergency approval) that they don’t believe meets those high standards, they don’t want to ruin their reputations either”.

Source:University World news
Share on FacebookShare on TwitterShare on PinterestShare on LinkedIn Share on TumblrShare on RedditShare on VKontakteShare on Email

Developing and recognising talent in a fast-changing world