HomeuniversitiesThe challenge to capture the “magic of the classroom” online
universities 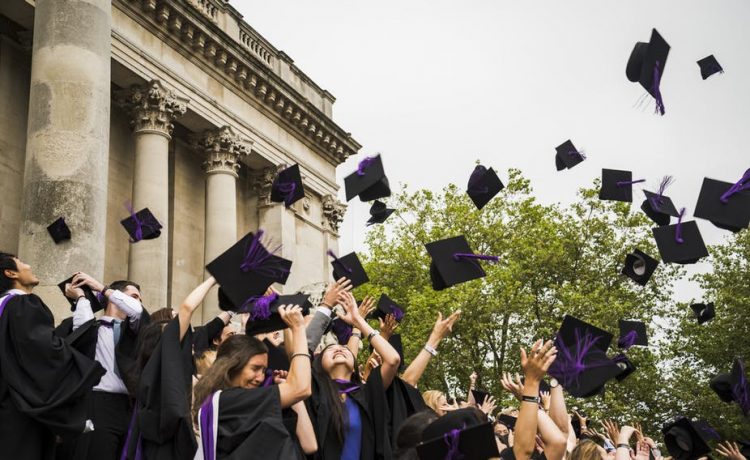 US educationalists are praising the groundwork put in by private US education company Shorelight Education in helping ensure student success with online study as international students globally were hampered by travel bans and embassy closures.

In Boston, Shorelight Education was flying high as February rolled over into March. The seven-year-old company, which brings transformative US university experiences to international students via high-touch technology services and onshore delivery, was posting record numbers.

Student applications and deposits for the coming fall were up 50% over the same time in 2019, according to CEO and co-founder, Tom Dretler, exceeding the 30% annual growth the company had posted previously.

Indeed, as the company “scaled up”, Dretler had expected to shed a few points from Shorelight’s superb initial progression rate of 90%.

This means nine of every 10 students it brought to the US were passing their classes and staying on through, at national-calibre institutions such as Auburn University and The University of Illinois-Chicago.

Compare that with a 63% progression rate for all first-year international students in the US.

But Shorelight’s retention rate had actually improved, surpassing 90%, even as the company grew rapidly — a credit to its support model of on-the-ground counselling, customised classes, and proprietary software to help students flourish far from home.

For a company predicated on bringing international students to the US and working closely with them on-campus — not just guiding them through the classroom experience, but managing visa applications, greeting them at the airport, and demystifying their first American football games — it could have been a knockout blow.

Instead, Shorelight has remained on nimble footing, thanks to a second pillar it had quietly honed over the last four years: Shorelight Live.

It’s the rare online program that captures “the magic of the classroom”, said Katherine Newman, interim chancellor of the University of Massachusetts Boston and a sociologist who has taught at Princeton and Columbia, who was an integral voice in the development of the platform with her team at UMass.

“Literally you feel like you’re in the same room,” she says.

That’s enabled Shorelight to offer some certainty in a volatile world to its university partners like Stanford University, University of California – Berkeley, Johns Hopkins University, and others that are navigating the challenges of the moment.

“They’re excited that we’ve been able to create optionality for students where their study plan is uninterrupted regardless of what happens,” be it visa backlog, campus closure, or family concerns about travel, Dretler relates.

“So you can accept your academic degree program offer with confidence, knowing that you’re covered, no matter what curveball gets thrown at you.” 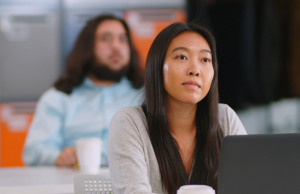 The online classroom needed to change. So we transformed it. Photo: Shorelight

Whether a student is sitting in one of the dozen wired classrooms Shorelight has built mainly in Asia or learning from home — using a special kit, with touchscreen and multiple monitors — he or she sees live-streamed, unbuffered video of the professor alongside a slide presentation and interactive white board.

Students can easily form breakout groups and connect with each other, teaching assistants, and the professor in real time.

Distance learning earned a bad name partly because of its historic lack of interactivity.

Starting from scratch, Shorelight built Live to be “bi-directional” while considering “the essence” of what makes the best American classroom teaching special and the culturally distinct ways that students learn in different countries, Hoehn-Saric says.

Programs have bilingual program coordinators whom students can quietly message in real-time, in their native language — a boon to those who might want a professor to clarify a slide but are reluctant to interrupt.

Dretler, a Harvard MBA, founded Shorelight in 2013 after more than a decade running the higher-ed research and consulting firm Eduventures, followed by a year as executive-in-residence at private-equity firm Sterling Partners, where he worked closely with university administrators to consider ways that private capital and business savvy could benefit institutions without compromising educational mission.

At first glance, it appeared to be an on-the-ground phenomenon, recruiting abroad while hiring staff and developing the “Signature Student Experience” that is key to Shorelight’s high progression rate.

Cynthia Huang, three years out of Shanghai University, was one of the first to enrol on a two-year UMass Amherst master’s program in Electrical and Computer Engineering delivered via Shorelight Live.

Huang wanted to earn a globally respected American master’s at night while keeping her day job with Hewlett-Packard.

Still, she was unsure what to expect from online learning, as a veteran of far too many choppy Zoom meetings across time zones and continents.

“It far exceeded my expectations,” Huang said. “I really felt like the professor was just standing in front of me.”

She appreciated the classes and faculty connections so much that that she chose to do the second year in Massachusetts — switching to a “one-plus-one” option — graduating with a 3.94 GPA and landing a job with Marvell Semiconductor, through on-campus recruiting.

That “richness of academic experience” is why Dretler feels confident that students who’d originally hoped to start in September at one of Shorelight’s on-the-ground programs — say, The University of South Carolina or Adelphi University — can switch to Live and earn credit from home without feeling shortchanged.

That’s a boon, too, to the universities who rely on their tuition.

“That’s what we’ve tried to be — to represent some stability in an uncertain time for students and for universities,” Dretler explains.

“Even if by design we put these technology systems in place, never did we imagine that we could serve so many and fill such a need that has now been created through this crisis.

“As a mission-driven organisation, there’s something that’s inspiring about the opportunity and the challenge.”