HomeuniversitiesChina warns its students against studying in Australia
universities 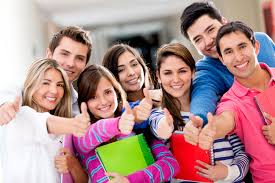 Political tensions between Australia and its biggest customer have markedly increased, with China issuing a warning to its students about studying in Australian universities.

China’s Education Ministry took the drastic step of telling students planning to study in Australia when campuses resume classes in July of ‘racist incidents’ occurring during the coronavirus pandemic.

In a statement issued on Wednesday, the ministry reminded students planning to enrol or re-enrol in Australian universities ‘to conduct a good risk assessment’.

The ministry said student should be ‘cautious about choosing to go to Australia or returning to Australia to study’.

The notice warned students that the coronavirus still presented a risk to them if they planned to resume their studies in Australia or to enrol in Australian degree courses.

But Australia Education Minister Dan Tehan said he rejected China’s assertion that Australia was an unsafe destination for international students.

“We are a successful, multicultural society,” Tehan said. “Our success at flattening the curve [of the coronavirus attack] means we are one of the safest countries in the world.”

Despite China’s warning, however, more students from China are enrolled in Australian universities than from any other country, and their presence on campus was valued last year at AU$12 billion (US$8.4 billion).

That presence, however, has also led to criticisms of Australia’s top universities by their own academics who point to the AU$40,000 that each Chinese student must pay to study at one of the universities each year.

The critics claim their universities have “lowered academic standards by giving pass marks to Chinese students whose English was not up to the standard expected of undergraduates”.

Minister Tehan, however, also rejected that assertion, denying that universities were lowering their standards because of the high fees that Chinese students paid to study at the nation’s top institutions.

Relations between Australia and China became increasingly tense in recent months after the federal government proposed an international inquiry into how the coronavirus emerged in the Chinese city of Wuhan.

China responded by imposing tariffs on some Australian imports, including barley, and also warning its citizens of dangers in travelling to Australia.

On 6 June, the Chinese Ministry of Culture and Tourism issued a travel alert warning of dangers in travelling to Australia because of a “significant increase in racist attacks on Chinese and Asian people”.

“Due to the impact of the COVID-19 pandemic, racial discrimination and violence against Chinese and Asian people in Australia have seen a significant increase,” declared a statement from the ministry.

“The Ministry of Culture and Tourism reminds Chinese tourists to enhance their safety awareness and do not travel to Australia.”

But Australia’s Minister for Tourism, Simon Birmingham, said the Chinese government’s claims about the dangers for tourists were false.

“We reject China’s assertions in this statement, which have no basis in fact,” he said.

“Australia is enjoying world-leading success in suppressing the spread of COVID-19 and, when the health advice allows, we look forward to again welcoming visitors from all backgrounds to our safe and hospitable nation.”

“We recognise we have a great relationship but we know it can be better.”

Although that decision was made as result of what Australia said were ‘national security concerns’, it was also a major point of friction between the two nations, while the advent of the coronavirus pandemic added more strain to relations.