HomeStudy abroadCoronavirus: Should I go to university this year? by Pavlos Elenis
Study abroaduniversities

Coronavirus: Should I go to university this year? by Pavlos Elenis

Study in UK by Pavlos Elenis

Coronavirus: Should I go to university this year?

Students must decide by the middle of next week whether or not to accept university offers for the new academic year.

It’s a big decision – even more so this year, with many lectures due to take place online and socialising very difficult.

Will universities open in September?

Universities are currently considering how they will operate from September, and many of them have already decided to alter their normal schedule.

You need to contact individual universities or check their websites to find out what they have decided.

Deadlines to decide on whether to accept offers have been pushed back to 18 June.

You make two choices – a firm first-choice university and an insurance, or back-up one, and then decline any other offers. If you meet the offer conditions of the first choice, you are in – otherwise the back-up alternative comes into play.

Even then, you are not committed to going if you choose not to.

Places at specific universities can be cancelled online, and if you decide not to go to university at all, you must phone the ones holding you a place to ask for your application to be withdrawn.

None of this will leave you out of pocket.

The government says university students in England will still have to pay full tuition fees even if their courses are taught online in the autumn.

However, some students are unhappy about this.

One started a petition, demanding a refund for lost teaching, after face-to-face teaching ended in March. It gained more than 330,000 signatures, enough for a parliamentary debate.

The maximum UK university tuition fee is £9,250 a year, which is totally covered by a student loan, although international students may pay more.

Scottish and European Union students pay no tuition fees for attending a university in Scotland.

What about accommodation costs?

Maintenance loans for living costs are means-tested, so you have to make up the difference, which often means falling back on parents.

Claire Sosienski-Smith, a National Union of Students (NUS) official, told the BBC: “We would recommend that students think carefully before signing any binding contracts or agreements for next year, especially in the case of rental contracts.”

Some students had their accommodation fees removed for the cancelled summer term, but others had to pay, even though they were unable to stay at university because of the lockdown. 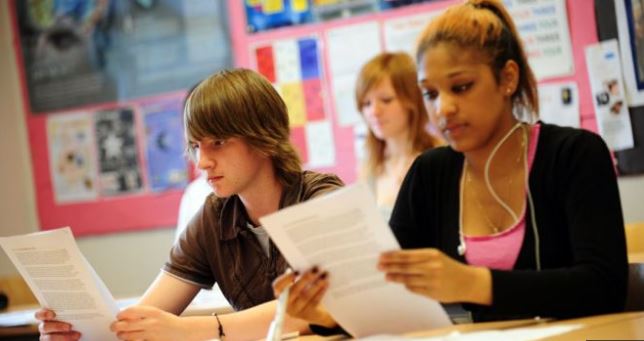 Can I defer my place?

The numbers of students in UK universities could be much lower than usual from September.

A survey by the University and College Union found that more than one in five students could defer going to university this year.

Universities and colleges take varied approaches to the issue.

Some will not allow deferred entry for subjects such as medicine, but will consider it for other courses. However, you need to check that the same course is being offered the following year.

You could also be asked your reasons for wanting to defer when your application is considered.

Will international students still come to the UK?

A recent study revealed that two-thirds of international students still intend to take up their offers abroad, including in the UK.

IDP Connect, which works in global marketing for students, surveyed nearly 6,900 students and found that 69% of them were not changing their plans.

However, prospective postgraduate students from East Asia largely favour a face-to-face start in January to an online one in the autumn, according to a British Council study.

Is the government helping universities?

A plea from universities in England for a £2bn bailout from the government was rejected.

However, to help with cashflow, £2.6bn of tuition fee income and £100m of research funding will be brought forward.

The universities can also access the Treasury’s support for businesses disrupted by coronavirus, worth another £700m.

The number of new UK and EU students is going to be controlled by the government, which may add extra numbers in some cases. Half of any additional capacity would be given to people studying courses like nursing.