HomeuniversitiesCOVID-19 will speed up fall in international enrolment
universities 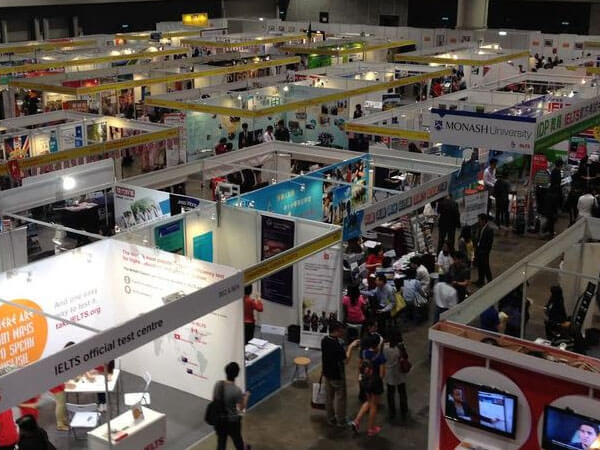 This is what I know about the future of international student enrolment in the United States. This will not be an easy article for US institutions to read. It was not an easy article for me to write because, for a quarter century, I travelled the world recruiting international students and saw first-hand the benefits of diversifying a campus with students from all over the world.

In his 2017 book, A World in Disarray, Richard Haass, president of the Council on Foreign Relations, wrote: “Emerging trends suggest that geopolitical competition among the major powers is increasing in ways that challenge international norms.” Disruption on the world stage.

In 2017 I also published a book, International Student Mobility and the New World Disorder. My basic premise was a simple one: international deans and recruiters cannot anticipate future international student enrolments without taking into account the political, economic, societal and technological trends detailed in Haass’ book. Disruption on the international higher education stage.

Addressing a group of educators in September 2016, Rob Brown, of the global education group Navitas, wrote: “Disruptions will happen in higher education like nothing we have seen before and first world institutions are going to suffer the hardest.”

“Get your facts first, and then you can distort as much as you please.” – Mark Twain.

These are the facts. No distortions.

In the PricewaterhouseCoopers report, The World in 2050: Will the shift in global power continue?, the authors estimate that in just a few decades, the world will be very different from what it is today in terms of global ranking of national economies and the major drivers of economic growth.

The old certainties of Western countries dominating the world are being challenged by emerging countries in Asia and Southeast Asia, what the political commentator Fareed Zakaria calls “the rise of the rest”.

International student mobility and enrolment, by extension, will be impacted by these new economic and political realities. According to an Organization for Economic Co-operation and Development report, the stage is set for a new level of competition among international study abroad destinations.

The authors conclude that the major drivers of economic growth in 2025 will not be who they are today. The geopolitical map has shifted global power from the West to the East, from the Atlantic to the Indian oceans.

Even before COVID-19, geopolitical, economic and societal shifts contributed to a decrease in international student enrolment at American colleges and universities.

• In 2015-16 international student enrolment in the United States increased by 7%. But that was down from a 10% increase in the previous year.

• The number of international students enrolled at United States colleges and universities declined by 4% between 2016 and 2017.

• In March 2019, the federal government reported that 7,774 fewer Chinese students were enrolled in the United States compared to March 2018.

A survey conducted in 2017 by Royall & Company reported that one-third of prospective international students were less interested in studying in the United States because of the political climate and 74% of surveyed admission directors agreed that travel bans and negative rhetoric had made it more difficult to recruit international students.

These facts, not distortions, reveal that the United States was losing market share of internationally mobile students for many years.

Why fewer international students will enrol in 2020-21

International students and their families will be reluctant to go or send their children abroad given the uncertainty of the future of the second wave or next outbreak of the virus in the fall 2020.

Studyportals, the Dutch-based global study choice platform, released a survey of potential study abroad students since the outbreak of COVID-19. Survey results revealed that 83% of respondents believe their future travel plans will be restricted and 63% believe their parents’ savings will decrease because of the virus.

More than one million international students who were enrolled in the United States in the spring semester have returned to their home countries. It is unknown how many will return to the United States for the fall semester.

In a study of 234 American universities conducted in March 2020 by the Institute of International Education, three out of four institutions said the virus had forced them to cancel outreach and recruitment events for Chinese students, the single largest group of global students in the United States.

Add COVID-19 safety concerns to American colleges and universities having the highest tuition costs and difficult federal visa processing and it becomes apparent why the decrease in international student enrolment prior to the pandemic will increase post-COVID-19.

In May 2020, The World: A Brief Introduction, by Richard Haass, will be published. The author writes: “Long before COVID-19 ravaged the earth, there had already been a precipitous decline in the American model. The pandemic and the response to it have revealed and reinforced the fundamental characteristics of today’s geopolitical shifts and competition.

“As a result, the crisis promises to be less of a turning point than a way station along the road that the world has been travelling for decades.”

I would suggest the same case can be made for the end of America’s superiority in enrolling international students.

Larger and well-resourced American universities will be able to cover budget gaps and financial shortfalls. But for second- and third-tier schools that will not be the case. Many will close or merge.

There are few corners in the world today where rapid changes are not occurring, geopolitically, economically, societally and now in the health sector. American higher education is not immune to the impact of these changes and disruptions.

There are opportunities for American colleges during this time. But that is the subject of another article.

Tags:Παυλος Ελένης
Share on FacebookShare on TwitterShare on PinterestShare on LinkedIn Share on TumblrShare on RedditShare on VKontakteShare on Email

So is critical race theory poisonous or illuminating?