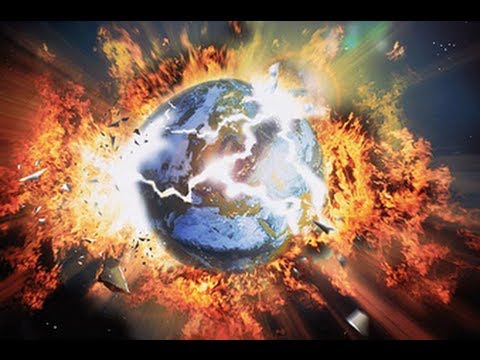 Kenya’s shuttered universities face the twin challenge of rolling out online learning for thousands of students and finding money to pay salaries and meet their financial obligations at a time when major revenue streams are shut.

Like private institutions, public universities rely heavily on tuition fees to fund their operations since any subsidies they receive from the government are inadequate to meet their financial needs.

“Looking at the way things are, most of the institutions will not be able to pay salaries for all staffers if the lockdown continues beyond March. Learning programmes have been disrupted severely, raising the question of how we are going to pay the lecturers and other staff. Most of the students pay fees at the end of the semester. They left before finishing this, yet we have to pay the staff at the end of every month whether in session or not,” said Professor Mumo Kisau, the chairman of the Kenya Association of Private Universities.

Already, higher education authorities in the country have been warning the institutions over budget shortfalls which have left them unable to meet their immediate financial obligations.

University administrators have linked the cash flow challenges to a sharp fall in enrolments over the past three years and inadequate public funding. They reckon the pandemic will leave them in a worse situation.

“Payroll costs are a big challenge because they depend largely on privately sponsored students, but this has been on the decline. We are scrambling to put up intervention measures not only to stay afloat but also to keep our programmes going,” Professor Stephen Kiama, vice-chancellor at the University of Nairobi told reporters in Nairobi recently.

Kiama’s institution has been running one of the biggest deficits among universities in the country, being unable to settle US$16 million in unpaid pension and statutory deductions for its workers.

But that’s not the only challenge the universities are facing. They have been forced to turn to online learning to ensure students finish their courses on time, but preparedness varies from one institution to the next.

Dr Richard Bosire, the chairman of the Universities Academic Staff Union’s University of Nairobi chapter, was quoted in local media as saying: “Not all lecturers had been trained and those who had were waiting for directions on how to proceed. Most students do not have laptops or money to buy internet bundles to sustain a three-hour online course. Some of them live in far-flung areas and do not even have access to the internet, so how will they be expected to come on board?”

“At Kenyan universities, online learning is mainly focused on postgraduate students with the larger population, undergraduate learners, left out. Part of the problem is lack of investment in online resources by the institutions,” said the local Daily Nation newspaper in an editorial on 28 March.

“The obvious drawback for e-learning is the digital divide. Most families have limited or no access to the internet. Such a situation does not belong to the future but the present,” the newspaper said.

The University of Nairobi has outlined its distance education plans in the wake of the closure of universities.

In a statement released on 6 April, the university said the move to online learning was necessary if a “semblance of normality” was to be achieved during the closure.

“The university has responded to the current crisis by tapping into its existing investment in ODeL [open and distance e-learning]. Immediately the closure took effect, the university embarked on a programme to train its staff and students to enable them to move their teaching and learning to online platforms,” said the university in the statement.

The statement follows resistance from a section of students from the University of Nairobi (UON), some of whom were active in a trending discussion on Twitter on 30 March (#UONboycottonlineclasses) during which they resisted the announcement by the university that lessons would continue online.

“You want me to take online classes. I live in Turkana (in far-off remote northern Kenya). Does this university even care that I obviously can’t access [the] internet. It is University of Nairobi, not University for people of Nairobi,” tweeted student Jared Washington Ochako.

“Training is an inevitable part of any business but depending solely on an e-learning platform can make learning less personal, less engaging, and in the process, less effective. We urge comrades to boycott such shenanigans by UON,” said another student going by the online name Mzee Mzima.

Students argued that online learning could not be inclusive given the circumstances and would exclude those disadvantaged by poor infrastructure.

“Online classes are good; they help compensate virtually the time lost away from class. However, imposing it on students in the most remote areas of the country without good network coverage and electricity is not logical,” said Peter Mutinda.

Lecturers who preferred anonymity also complained that the move was coming as an afterthought after institutions shut down operations without a plan.

Responding to these concerns, the university statement said it had a long history of distance learning that dates back to the 1960s.

“The open, distance and e-learning function of the university was revamped and relaunched in 2017. Its role was expanded and strengthened through Statute XXXVI, hence anchoring it by a structure that gave it the mandate to sensitise and create awareness in all programmes of the university, build capacity in courseware development and production, facilitate programme delivery and learner support and carry out research and evaluation of ODeL programmes and services,” the statement said.

In addition to the training of faculty in the use of e -learning tools, the university said students had been trained in how to navigate the learning management system and interact with the content and tutors. Tutorial support for students was being provided online by staff and WhatsApp groups were facilitating tutor-learner and learner-learner interactions.

The university said a schedule to train lecturers to develop more content for the learning management system had been developed.

It said the senate had approved a procedure for examining theses online which will ensure that there is no delay in graduation. Supervision of students was continuing through online platforms such as email, video conferencing and Zoom.

Mount Kenya University reiterated on 6 April that its e-learning platform was open to regular students. In a statement on the university website, Acting Vice-Chancellor Professor Peter Wanderi reminded students that the fee payment policy which allows payment by instalments (pay as you learn) had not changed “and will also apply for all university online studies”.

According to Esther Ngumbi, assistant professor of entomology at the University of Illinois at Urbana-Champaign in the United States, the transition to online learning was likely to be easier for both lecturers and students in the social sciences, humanities and business disciplines compared to those in science.

“I think teaching science classes is more complicated especially where you need science labs … However, given the circumstances, I think we will see useful innovations that can help guide future teaching of science labs,” she told University World News.

Ngumbi, a Kenyan native and recipient of the 2018 Society for Experimental Biology President’s Medal, said students who are urban dwellers may have the opportunity to successfully partake in online classes. However, she is concerned that their counterparts in the rural areas, with limited access or no electricity and-or no computers, may find learning online difficult.

In an exclusive interview with University World News, Ngumbi said: “I think, in the end, students must take ownership of their learning. After all, they signed up for the classes. They are in the university or schools because they want to learn. As such, they should make the most out of these very unusual circumstances.”