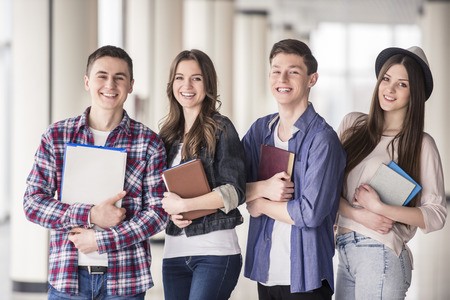 A growing number of prospective international students are considering changing their study abroad plans, a figure that is rising as more countries introduce tighter lockdowns to tackle the spread and rising death toll from the coronavirus, according to the latest weekly tracking survey by a European-based student search website.

The figures released on 14 April by Studyportals, the Dutch-based global study choice platform, show that 40% of potential international students responding to their latest survey said they were changing their plans. This is up from 31% three weeks ago.

The overall sample of 850 students, most from key source countries for globally mobile students, including Nigeria, India, Pakistan, Kenya, Ghana and Bangladesh, was surveyed by Studyportals as the number of confirmed cases and deaths from the coronavirus soared in the United States and many European countries.

It shows the number of prospective mobile students saying they are sticking with their original plans to study abroad falling from 69% when surveyed towards the end of March to 60% in the week of 6 April.

This comparative period coincided with the rapid increase in confirmed cases and deaths from COVID-19 in key destination countries for internationally mobile students such as the United Kingdom, Spain and the United States.

Of the 307 students telling Studyportals they were reconsidering their options – 152 want to postpone their enrolment until next year or the year after, 128 were considering enrolling on an online course, 66 were now not planning to go abroad and would enrol at a university in their home country, 36 were considering a different country and 33 were not going to study at all. Respondents could give multiple-choice answers.

To help make sense of the rapidly changing picture, Studyportals announced on 8 April that it was giving free access to its interactive dashboard, which is tracking student mobility trends weekly.

“This should help higher education professionals in understanding how COVID-19 is changing student search behaviours and the likely impact on global and local intakes this autumn and in 2021-22,” Carmen Neghina, senior marketing analytics consultant with Studyportals, told University World News.

The Studyportals dashboard uses two data sources: the dataset from the Johns Hopkins University Center for Systems Science and Engineering in the US, which tracks the number of reported coronavirus cases and deaths, and Studyportals’ proprietary dataset for measuring student interest in global English taught programmes.

Last year Studyportals attracted over 36 million individual users to its websites, which allow students to compare English-taught undergraduate and postgraduate study options from around the world.

“Normally not a lot changes from one month to the next but since the virus outbreak hit Europe and now the United States, things are moving at breakneck speed,” Neghina told University World News.

“Looking at student perceptions during the COVID-19 outbreak, our latest survey shows that 83% believe their travel options will be restricted and 68% think their parents’ savings will decrease because of the virus.

“Universities should also take note that 81% want better hygiene around the campus and 56% want online counselling and support, with 55% saying the application period should be extended,” Neghina said.

He told University World News that higher education institutions were struggling “to make important and immediate decisions to support current students while looking towards business continuity” with limited information.

“The availability of near real-time market data, giving insights into the mindset of potential students, is a powerful support to planning and action and provides a resource that can be cross-referenced to qualitative data from other sources as well as allowing gaps in data from source countries to be identified.

“Having a longitudinal and updated study is particularly helpful in understanding how trends are developing, particularly when there are year on year comparisons,” said Preece.

The data from the Studyportals dashboard compares weekly trends on student interest from different countries and includes, for example, comparative data on interest from India in studying in the UK. This was rising in the first months of 2020 after the British government relaxed post-study work visa rules and despite falling sharply from the middle of March, it staged a slight recovery in early April and is still ahead of last year despite COVID-19.

Preece told University World News that ‘smart’ globally focused institutions should be polling their recruitment agents, alumni and current students to get a more complete picture of what is going on and urged universities to be cautious of relying on any one survey “just because it supports what they want to believe”.

He recommended: “Keep asking for detail, including sample sizes, margin for error and methodology.”

Among data sources he signalled out as helpful, apart from Studyportals, was a British Council survey of nearly 11,000 Chinese students at the end of March.

The survey was run by the British Council research and consultancy team in Beijing and solicited 10,808 responses from students in China between 27 March and 3 April.

This is useful in providing a broader picture because the Studyportals’ dashboard has limited information from China, despite the country being the largest source of international students worldwide, as 90% of Studyportals website traffic comes through organic Google searches and China’s restrictive internet policies restrict access to Google.

Neghina said the impact varied from country to country in students changing their study abroad plans, with the latest data showing that 72% of international students were sticking to plans to study in Germany, which has seen fewer deaths from the virus, compared with 65% still wanting to study in the UK; 63% in the US and 61% in the Netherlands.

Interest in studying closer to home appears to be rising, with searches for study options in countries like Spain, the UK and Germany rising from home and other European students while they were falling from Asia and Africa.

“While student searches on our platforms seem to decrease as the number of COVID-19 deaths increases, one does not cause the other. Rather, it is the impact of the coronavirus deaths on government actions, such as the lockdowns and other political and economic factors, which seems to influence student intentions to study abroad,” Neghina told University World News.

While some global higher education experts, such as Professor Simon Marginson, director of the Centre for Global Higher Education, have warned that it could be five years before global student mobility recovers from the consequences of COVID-19, as University World News reported on 26 March 2020, Neghina cautioned that similar dire consequences were predicted for UK universities following Brexit.

“There’s a lot of speculation about what might happen when the world emerges from the pandemic and everyone still wants to recruit from countries like China and India, particularly the UK.

“With Brexit, there was a lot of talk of the UK brand being hit hard, but what our data showed was that it has been very much business as usual and student interest even increased in a number of countries.

“With our data on the impact of the coronavirus, it is clear that while interest in studying abroad is still there, there is more interest in starting programmes in 2021 or later,” she told University World News.

ERC President resigns, EUA calls for unity and cooperation as the way forward