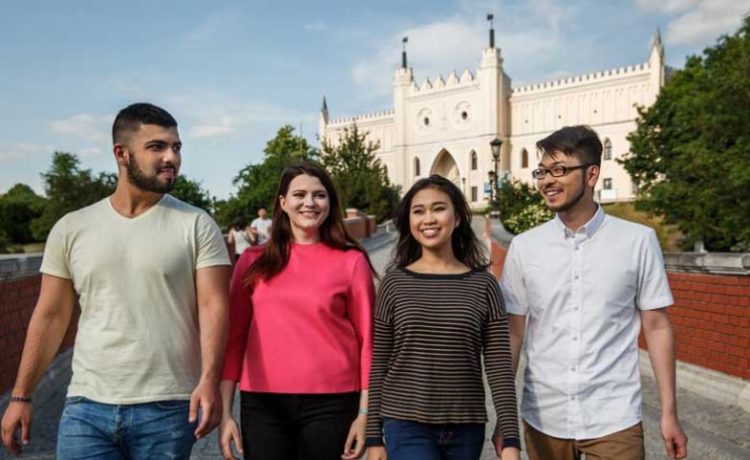 In the midst of crisis, with the scope and outcomes largely unclear, it is too early to accurately predict the broader implications of the coronavirus pandemic for higher education or for society in general.

We argued earlier (“COVID-19: The internationalisation revolution that isn’t”, University World News, 14 March 2020), that the basic configuration of internationalisation is likely to remain. And we think that, broadly, global higher education will remain fundamentally stable. But significant short-, medium- and perhaps long-term consequences and disruptions are inevitable – and becoming increasingly serious as the crisis continues.

Our purpose here is to outline what we think are likely implications.

It is, of course, folly to overly generalise about the broad landscape of post-secondary education worldwide – with more than 20,000 universities and 200 million students. Higher education is everywhere segmented and differentiated, with public and private institutions serving different needs and with vastly differing resources. This is true within countries, and across borders. Thus, generalising about individual countries or about the world as a whole is not very useful.

Further, so much depends on the broader political and economic realities that will emerge from the crisis. Without question, the global and national economies will take a massive hit. Low per-capita income countries are likely to suffer more and take longer to recover.

Economic recovery will take time, with many arguing that the implications will be more serious than the Great Recession, and it seems impossible that higher education will have a high priority in national recovery plans.

Whether the current trends toward nationalism and populism in many countries will be strengthened by the crisis is unclear, but there are indications that these malign trends will continue. Nonetheless, it may be worth speculating about likely future trends. Considering possibilities is better than being blindsided.

The very future of globalisation may be called into question, although the underlying realities of the 21st century will make its survival likely. Significant aspects of contemporary higher education depend on globalisation: not only student mobility and internationalisation initiatives, but also collaborative research, and, increasingly, global knowledge networks and other aspects.

Thus, fundamental elements of the global macro-environment in general and of higher education are being threatened by the COVID-19 crisis and this might negatively impact on support for internationalisation, while international cooperation is needed more than ever.

The fittest will survive

Research universities and top quality institutions that are globally and nationally recognised and have stable income streams, such as the Indian Institutes of Technology and elite American private liberal arts colleges and similar institutions worldwide will recover more rapidly and emerge relatively unscathed from the crisis.

Their role at the top of higher education will remain and perhaps will even be strengthened. These institutions are in general better able to protect their staff and students during a crisis and will be able to attract new students and overcome admissions disruptions and other instabilities.

At the other end of the spectrum, those institutions that are most at risk are poorly funded private institutions depending entirely on tuition fees – and half the world’s post-secondary institutions are private. This reality affects especially low-income countries, where a low-quality private sector increasingly dominates higher education.

Much of the global massification, as well as international student mobility, has been driven by the emergence of a middle class – these groups are likely to be affected most by post-coronavirus higher education adjustments, as Simon Marginson pointed out in University World News on 26 March. One estimate for the United States is that perhaps 20% of post-secondary institutions will close.

In the aftermath of the COVID-19 crisis, where the significance of research to manage and solve the crisis, invent vaccines and support society with related crucial projects has become evident to policy-makers and the public, it is possible that top research institutions, in particular those specialised in the life sciences, will receive greater emphasis and funding.

Universities, public and private, face immediate financial problems during the COVID-19 crisis since they are closed. It is not clear how admissions will be handled for the coming year or two. Many universities have already stopped hiring new staff.

For prestigious private universities, mainly in the United States, endowments have lost value with declines in the stock market. Most of them will recover, but for the mid-term it will affect them. Because of massive expenditures aimed at stabilising economies during the crisis, it is likely that future public allocations to higher education will shrink.

Higher education – globally and within countries – is characterised by inequalities of all kinds. The COVID-19 crisis is likely to exacerbate these inequalities, as highlighted above: private institutions catering for the masses will suffer the brunt of the depression, while, at the same time, there may be an increase in demand for community colleges in the United States and less expensive professional schools elsewhere.

In times of unemployment, education is an alternative choice, but it has to be affordable.

Universities worldwide have had to shift to 100% online teaching. There have been reports of significant success, but also of abject failure. Access to appropriate technology and internet speed – or even access to the internet at all – has been a significant challenge, reflecting, again, deep inequalities between students.

While lessons are being learned, the skills of teaching staff upgraded (very much through learning by doing) and learning platforms and online curricula improved, we doubt that there will be a profound and lasting ‘technological revolution’ in higher education. But the COVID-19 crisis will significantly expand the use of distance education. And from now on, teaching staff may become less reluctant regarding opportunities offered by hybrid teaching models.

Yet, for many reasons – community, prestige, teaching networking and learning advantages, among others – students and academics will continue to prefer face-to-face higher education. The traditional university experience may increasingly become the privilege of wealthier students enrolled at top universities.

As we wrote in our commentary on the short-term implications of the crisis, its impact on international student mobility is uncertain. Institutions and countries that have been dependent on revenue from international students will try as soon as possible to go back into the market.

As Simon Marginson observes, that market will become a buyer’s market with institutions “hunting for scarce international students for some years to come”. But that market will be far more vulnerable, more competitive and less massive, and the provision may shift to some degree from high-income countries to middle-income countries that can offer lower costs. Marginson reckons that it will take at least five years to recover.

Maybe, but we will not go back to the status quo ante. The industry that has developed over the past decades – agents, pathway programmes and recruitment companies – will decline drastically and will need to adapt to new models to survive. Issues such as cost and student safety and well-being will become more important push and pull factors in decisions of students and their parents.

Study abroad programmes in which students participate for a year, a semester or even shorter periods may suffer even greater problems as students assess possible risks and challenges for experiences that are mandatory for their academic success.

In Europe, the flagship programme Erasmus+ might encounter serious cuts instead of its anticipated rise in funding. In the United States, one of the larger providers of study abroad, the Council on International Educational Exchange, has announced that it will eliminate 600 jobs.

While it is impossible to make clear predictions in the midst of the most severe global health crisis in a century, implications for higher education will be considerable and mostly negative, amplifying gaps and inequalities between learners, institutions and countries. There will be significant variations globally, with the likelihood that universities in the poorest part of the world will be affected more severely.

Its time for universities to tighten their relations with the intermediary companies and higher their commission to them.

Schoolchildren in France are on reality show

Why do men love women who cook?