Schoolchildren in France are on reality show 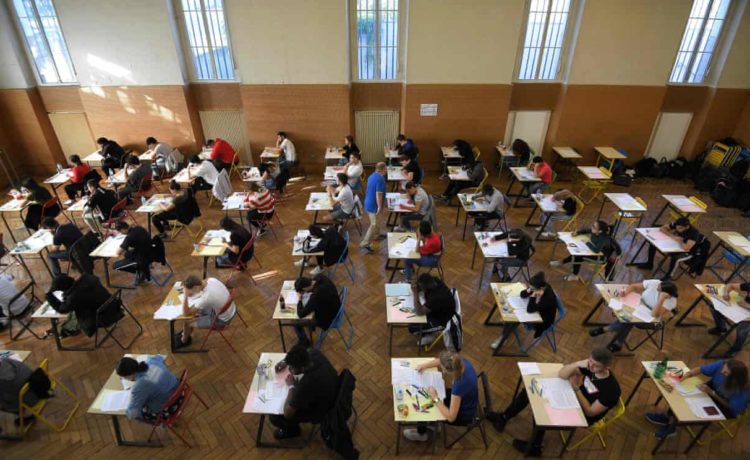 French schoolchildren learn an early lesson that failure in the classroom is likely to mean failure in life.

Pupils are encouraged to compete for the best marks and grades that will allow them to study at prestigious grandes écoles and subsequently become part of France’s professional or political elite.

Now a new television series aims to show all need not be lost for those who fall by the academic wayside.

Les Cancres (The Dunces) features a group of high-school pupils who are coached by French celebrities who also struggled at school, some of whom left without obtaining their baccalauréat – the bac – the multi-subject exam that is the equivalent of A Levels.

“Anything is possible, that’s the message we’re trying to get across … but that doesn’t mean anything is easy,” Bouraïma said. “Of course, part of it is luck, but more important is work and determination, that’s how the celebrities we feature on the programme succeeded.”

Cécile Ladjali added: “I’m a former dunce and I was told I’d be a sales person in a clothes shop … in the end I have a doctorate, I’m a novelist and also a professor.”

In his 2010 book, On Achève bien les Écoliers (They Shoot School Kids, Don’t They?) author Peter Gumbel asks: “Why is France the only country in the world that discourages children because of what they cannot do, rather than encouraging them to do what they can?”

“The whole French hierarchy, political and business, is predicated on people who have done well at school and who go on to the grandes écoles. More than anywhere else, it is the bac that is going to determine what your career choices are. It’s very difficult to make a success of life in France if you don’t have it,” Gumbel told The Guardian.

“The marking system is not designed to encourage students or improve their work, it about competing. How you do at school follows you for life and it’s very hard to break away from that. If you don’t have the bac you’re considered on the heap.”

The students in the first Les Cancres included Lucille who failed to turn up for her baccalauréat exam.

“My mother cried and said I’d finish up in a soup kitchen or the job centre”. Lucille said. She has now changed schools and is hoping to take the exam.

Nicolas Cennac, the documentary producer said the aim of Les Cancres was to “represent people who have a different experience at school but who have enormous gifts”. He said his aim was to avoid stigmatising the pupils while at the same time not “glamourising” failure.

On Friday, the French education minister, Jean-Michel Blanquer, announced that for the first time the baccaluaréat exams would not take place this year but pupils would be awarded the diploma on the basis of “continued evaluation” of their work at school. It is the first time the exam that was created in 1808 and has been sat every year since, even through the Nazi occupation, has been cancelled. French pupils are being expected to follow a full programme of online classes during the closures.

Gumbel said the French education minister was “in a tight corner” because the French system was not adapted to home working.

“In France teaching methods don’t lend themselves well to being done online. Normally the teacher is at the front of the class talking and everyone else is taking notes. It doesn’t work when it has to be interactive.”